A Mormon Republican County Commissioner in Utah Just Came out as Gay May 24, 2019 David Gee

A Mormon Republican who serves as one of three Utah County commissioners just came out as gay, a surprising move from a Provo-based politician.

Nathan Ivie took more than 20 years to fully grapple with his homosexuality, which must have been extremely difficult in a Mormon-dominated society that is largely intolerant of LGBTQ orientations. Although he has labeled himself a Mormon in the past, he’s now declining to comment about his religion.

… Wednesday morning, the 40-year-old Utah County commissioner sat in front of his computer and publicly shared the secret that has caused him pain and confusion since he was 9 years old: He is gay.

In a video posted to Facebook that has since been viewed more than 11,000 times, Ivie embraces his sexual orientation and recounts the difficult experience of growing up feeling at odds “spiritually and biologically”…

The confusion Ivie felt led to his attempted suicide at age 22, then attempts to “cure himself” of gay feelings, he said. The first-term commissioner said his announcement was inspired in part by his work with families who have lost LGBTQ children to suicide.

Your heart goes out to anyone who contemplated suicide simply for being gay and thought he needed to “cure himself” of something that isn’t a disease. It’s hard to come out, period. That’s especially true when you’re in a conservative political party in a conservative area.

But, that said, Ivie is still sticking with the party that promotes LGBTQ bigotry and the very idea that gay conversion therapies deserve protection.

Considering he is already working on pro-LGBTQ causes, and refusing to comment on his religion, maybe he’s just hesitant on leaving the GOP because it’d be too much change at once. I don’t mind giving him the benefit of the doubt on that one, at least for now, but the longer he remains with a party that actively works to hurt people like him, the less impact he’s going to have.

He came out because he wanted to be honest and authentic, and yet the message he’s sending is that, even if you’re personally gay, it’s okay to promote policies that hurt other gay people.

Lots of other politicians, including openly gay lawmakers, celebrated the unlikely coming out.

Jackie Biskupski, the first openly gay mayor of Salt Lake City, joined a chorus of local politicians who applauded Ivie’s decision to come out: “All the best to you, I love how a simple act of love among strangers helped you find your truth and that you are being embraced by family and friends,” she wrote to Ivie on Twitter.

“My instinct is just to embrace @IvieNathan. Today I stand with him as a friend, valued colleague, and fellow Republican. His story will provide strength and hope to those feeling the lonely despair that almost took his life and has taken too many in our community #HeartOfUtah,” Ainge tweeted.

Ivie was married for over a decade and has two children. He said he and his wife are separating, though he still calls her his best friend.

It’s true that a county commissioner doesn’t control statewide legislation, so it’s not like he ever has the chance to vote on hot-button issues. But local governments still have sway over things like non-discrimination ordinances. The question now is whether he’ll vote in a way that pleases the GOP or an LGBTQ community that has been marginalized by his party. He won’t get to have it both ways. 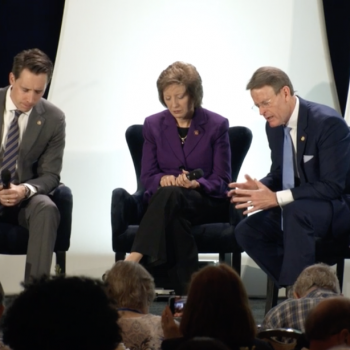 May 24, 2019
While Their Constituents Suffered, Two Missouri Lawmakers Stayed in D.C. to Pray
Next Post 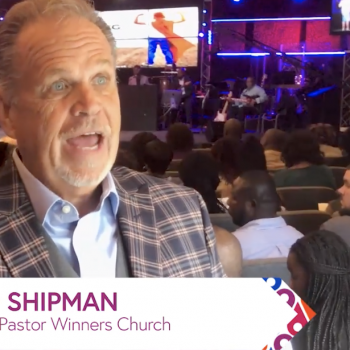