When it comes to all the anti-abortion “heartbeat bills” Republicans are passing in red states, the criticism from progressives has always been clear: The heartbeat may appear around the sixth week of pregnancy, before some women even know they’re pregnant. Waiting until a heartbeat to ban abortion, then, isn’t connected to anything medical or procedural; it’s just a way to ban abortions without saying it out loud. (Hell, at six weeks, a fetus doesn’t even have a literal “heart.” The noise we’re calling a “heartbeat” is something else entirely.)

The anti-abortion crowd usually dismisses that criticism, claiming that the heartbeat is a medical milestone in fetal development.

Someone in that bunch should have let Liberty Counsel’s Mat Staver in on the game plan since he just gave away the truth: The reason these “heartbeat bills” are passing is because they’re abortion bans under a different name. It has nothing to do with the fetus.

Mat Staver says that anti-choice "heartbeat" bills are good laws precisely because "most women would never even know that they're pregnant" until after it is too late to legally obtain an abortion. pic.twitter.com/U0zoguMEB6

When you have this detectable heartbeat, it’s 5 to 6 weeks post-fertilization, so most women would never even know that they’re pregnant until at or after that time, because you’re just now missing your first menstrual cycle. And you don’t know if that’s just something that happened, or if you’re actually pregnant until you actually do a pregnancy test. And so most abortions… under these heartbeat bills would be banned. You would not be able to do it. And so that’s, I think, this is a good law…

I love it when Staver admits his opposition is right. He’ll claim they’re lying in public, but get him in front of a microphone, talking to a friendly host, and the truth eventually comes out. We were correct all along. 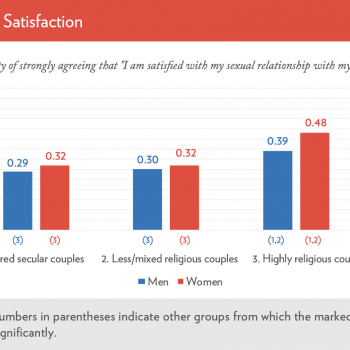 May 23, 2019
Religious Couples Have Better Sex Lives, and This Is Totally an Objective Truth
Next Post

May 23, 2019 Christian Author: CA Parents Must Protest Health Ed Before Kids Learn Anything
Browse Our Archives
What Are Your Thoughts?leave a comment