Here’s what we know about the Equality Act, which adds non-discrimination protections for LGBTQ people to federal law: It was passed thanks to every Democrat in the House and it won’t even get a hearing in the Senate because of Mitch McConnell and the bigotry of the Republican Party.

But that won’t stop some preachers from calling on God’s help to put a stop to the Act before it gets any further… which means they’ll give God credit for the already-determined outcome.

George and Terri Pearsons also blamed Satan for the mere existence of the Equality Act. They recently said this to the congregation at Eagle Mountain International Church in Fort Worth, Texas.

“[Those politicians who support the Equality Act] lust and thirst after pure anarchy that they might satisfy the desires of their own flesh and their own perversions and their own twistedness,” she preached. “The devil is ram-rodding them, Lord. He’s ram-rodding them and driving them … And so Lord, we lift them all up to you, and we ask you, Lord, for an intervention. We ask you, Lord, for an emergency intervention with this H.R. 5.”

Also, phrasing… I have no clue how she knows about Satan’s kinks.

George Pearsons later came out to blame Satan even more for this piece of civil rights legislation.

“It’s Satan’s last stand to steal a nation,” he said. “He’s the very spirit of perversion, abortion, and everything that is godless and evil and twisted. There’s a godless party pushing its godless agenda. Its platform is being rewritten. Satan is behind it, and he’s driving it.”

Yes, there’s nothing Satan (D-CA, obviously) wants more than for people to be treated with dignity and respect. Good thing we have Christian preachers to save us from that travesty of a future.

The Act won’t become a law unless Democrats control Congress and the White House. Until then, conservative Christians will continue preaching discrimination and hate. It’s the only language they speak. 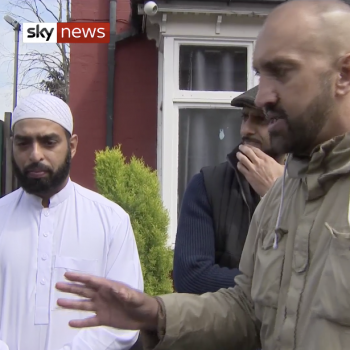 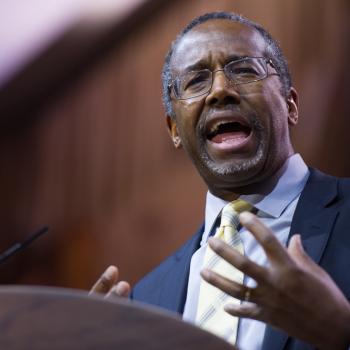 May 22, 2019 Trump Admin Rule Would Let Taxpayer-Funded Homeless Shelters Reject Trans People
Browse Our Archives
What Are Your Thoughts?leave a comment