Christian Host: Mayor Pete Has “Violent” Sex with a Man He “Claims” to Love May 22, 2019 Hemant Mehta

Christian Host: Mayor Pete Has “Violent” Sex with a Man He “Claims” to Love

The last time we heard from American Family Association’s Director of Communications for Urban Family Talk and podcast host Meeke Addison, she was arguing that “pedophilia is a part of homosexuality.”

Her ignorance hasn’t been fixed yet. On Monday, she appeared on the Focus Today program and trashed Mayor Pete Buttigieg for being in a same-sex marriage, proving once again that no one thinks about gay sex more than conservative Christians.

“Excuse me for what I am about to say,” Addison responded. “We are talking about a man who engages in violent sexual acts with a person he claims to love. Now that’s ugly.”

“Let’s just stop for a second here and let’s realize that our defenses have been eroded,” she added. “We have been fed a narrative for so long that now we have unrighteousness that we accept … A man who marries a man and says that this could potentially be the First Gentlemen of the United States and we’re supposed to talk about his policies? I don’t think so. I don’t think so. Do you understand the type of judgment that will be brought upon our country?”

“When we no longer fear God,” Addison said, “this is what we get.”

And why are his sex acts “violent”? Does she assume two men can’t be gentle with each other or is she completely oblivious about what some straight couples do in the bedroom?

(And why does she say Buttigieg only “claims” to love his husband? Is it not even possible for her to acknowledge two men actually love each other? I didn’t realize her bigotry extended that far.)

But this is exactly how the Christian Right will react if Buttigieg wins the Democratic nomination for president. They’ll ignore his policies (or at least his policy goals, since he’s light on details), because they know his policies sound fantastic, especially when compared to Trump’s ineptitude. Rather than focusing on health care and combatting drug abuse and taxing the rich, they want everyone to think about what sexual positions two gay men might be in.

That’s the substance of evangelical Christianity for you. Why focus on important topics when they can scare people with homophobia?

And remember: Addison’s title is “Director of Communications.” She can’t even say she misspoke because communicating is supposed to be the one thing she’s good at. 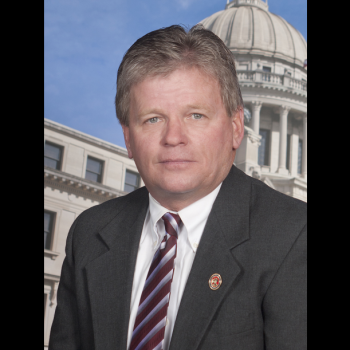 May 22, 2019
A MS Christian Lawmaker Punched His Wife for Not Undressing for Sex Fast Enough
Next Post 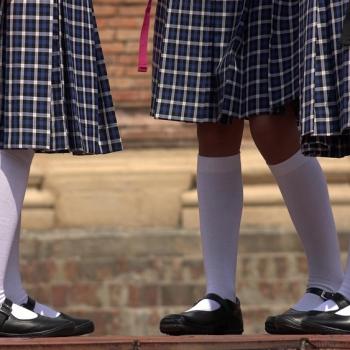