The Discovery Institute is best known for its promotion of Intelligent Design — a.k.a. Creationism that tries really hard not to say the word “God” — and for being a constant punchline among scientists. But they’ve been chugging alone quite profitably even after their attempts to overthrow evolution were rounded ridiculed — in 2016, they took in nearly $6 million in revenue.

The objective scientific evidence does not prove our universe is blind and purposeless. It does not show we are simply meat machines. It does not prove that evolutionary mechanisms can completely account for the diversity of life on earth. This is what THEY want you to think.

We want you to think for yourself and make an informed decision.

(Hehe. Meat machine. That was my nickname in college.)

If the videos are supposed to present all the evidence in support of their position, this should be eight-second-long series… including the introduction and credits. The corresponding website is also devoid of information. Which is to say it has all the information anyone will ever need to see.

That preview suggests a whole lot of money being thrown to argue a substance-free thesis. But if your idea of an effective science-based video series involves showing prominent science communicators with creepy music and lighting in the background and random images of computer hackers… then, well, you’re probably the target audience.

The “uprising” begins June 3. Your mind will change by June 4 never.

May 21, 2019
IL Megachurch Founder Accused of Wanting to Hire Hitman to Murder Son-in-Law
Next Post 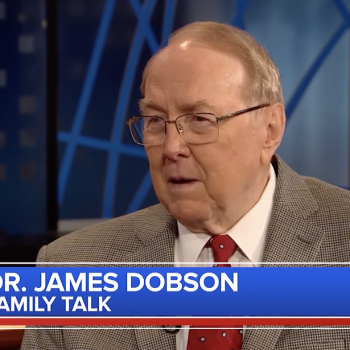 May 21, 2019 James Dobson: If the Equality Act Becomes Law, Democrats "Will Enslave Us"
Browse Our Archives
What Are Your Thoughts?leave a comment