Walmart Just Got Sued for Defrauding Customers With Homeopathic “Medicine” May 20, 2019 Hemant Mehta

Walmart Just Got Sued for Defrauding Customers With Homeopathic “Medicine”

Last July, the Center For Inquiry filed a lawsuit against CVS Health Corporation (which includes its nearly 10,000 pharmacies) for promoting and selling homeopathic remedies. CVS was deceiving customers, CFI said, “through its misrepresentation of homeopathy’s safety and effectiveness, wasting customers’ money and putting their health at risk.” 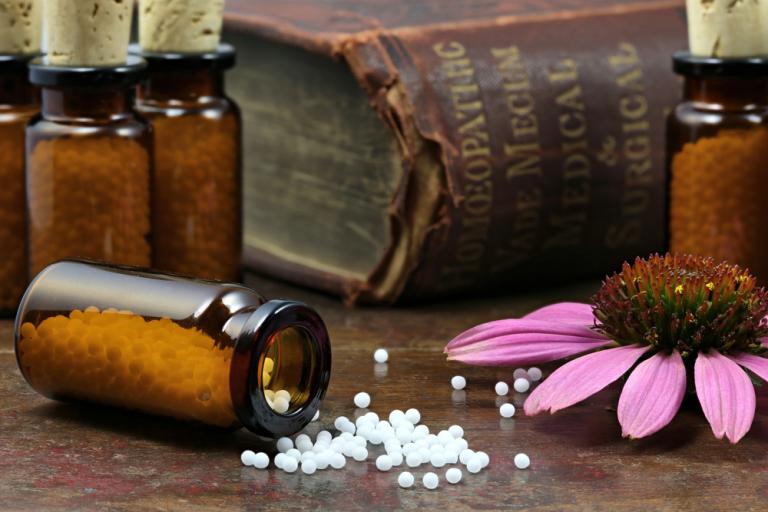 Homeopathy is, of course the sham treatment that takes a trace amount of actual medicine, then dilutes it with water thousands of times over until no actual medicine remains. The resulting mixture of bullshit and nonsense is packaged and sold to customers who may not realize they’re being duped by nothing more than an expensive placebo.

It’s not just a waste of time and money. Over the past couple of years, some homeopathic remedies meant for babies were found to harm them because the pills were manufactured improperly. (The makers found a way to screw up doing nothing.)

Both the U.S. Food and Drug Administration and Federal Trade Commission have taken action against misleading homeopathic remedies in recent years.

In CVS’ case, the fake remedies are placed right next to the real ones, with no distinction made for customers who don’t understand the difference. CVS doesn’t have a special section marked “These Don’t Work But Give Us Your Money Anyway.” As CFI’s Vice President and General Counsel Nick Little said, even online, CVS doesn’t make any distinctions.

Now, CFI is initiating a similar lawsuit against Walmart. According to a lawsuit filed today in the same D.C. court as the CVS case, the mammoth chain is “committing wide-scale consumer fraud and endangering the health of its customers though its sale and marketing of homeopathic medicines.”

“Walmart sells homeopathics right alongside real medicines, in the same sections in its stores, under the same signs,” said Nicholas Little, CFI’s Vice President and General Counsel. “Searches on its website for cold and flu remedies or teething products for infants yield pages full of homeopathic junk products. It’s an incredible betrayal of customers’ trust and an abuse of Walmart’s titanic retail power.”

“Walmart can’t claim it doesn’t know that homeopathy is snake oil, because it runs its own enormous pharmacy business and make its own homeopathic products,” said Little. “So whether it’s a scientifically proven remedy like aspirin or flatly denounced junk like homeopathic teething caplets for babies, Walmart sells all of it under its in-house ‘Equate’ branding. It’s all the same to Walmart.”

It’s almost incredible that Walmart sells generic versions of brand name bullshit… The lawsuit itself includes several pictures of what this looks like in practice, with scientifically tested medicines next to homeopathic products.

“Despite being among the richest corporations on Earth and the largest retailer in the United States, Walmart chooses to further pad its massive wealth by tricking consumers into throwing their money away on sham medicinal products that are scientifically proven to be useless and potentially dangerous,” said Robyn Blumner, president and CEO of the Center for Inquiry. “We intend to put a stop to it.”

As CFI notes, the Federal Trade Commission said in 2016 that all marketing for homeopathic products had to include disclaimers saying “1) there is no scientific evidence that the product works; and 2) the product’s claims are based only on theories of homeopathy from the 1700s that are not accepted by most modern medical experts.”

The lawsuit isn’t meant to pull the products from the shelves. After all, people can waste their money as they see fit. But CFI is calling on Walmart to make it very clear that these products don’t work. They should have clear labels that say as much, and the fake products shouldn’t be placed near actual medicine. That’s not all:

In addition, CFI holds that Walmart should not suggest that homeopathic products can treat particular illnesses or symptoms unless it has “credible scientific testing.” It recommends clear, legible warnings to consumers regarding what homeopathy is.

The group says, by not doing these things already, Walmart is currently violating the D.C. Consumer Protection Act. They’re asking the court to declare Walmart guilty of violating that law, force the company to include the proper disclaimers in all advertisements and stores, and get them to pay $1,500 per violation of these rules (to CFI or the “general public” in D.C.). That’s in addition to legal fees and other court costs.

May 20, 2019 Ark Encounter Ticket Sales Went Up in April
Browse Our Archives
What Are Your Thoughts?leave a comment