A Pastor is Poisoning Up To 50,000 Ugandans With a “Miracle Cure” Made of Bleach

For years now, a cult-like church has been telling members to basically drink bleach to cure everything from cancer to HIV to Ebola. In April, members of the Genesis II Church of Health and Healing even held an event in Washington state to promote their “effective alternative healing.”

In a promotional video for the event, a baby with malaria was shown drinking a liquid purported to be the bleach. It’s unclear if that’s what actually going on, but the baby was screaming afterwards.

It turns out a similar “treatment” is now infecting up to 50,000 Ugandans.

The Guardian reports that the people behind the scam are Robert Baldwin, a pastor from New Jersey, and Sam Little, a former “clairvoyant” from Britain. They’ve been distributing their “miracle mineral solution” (MMS) to churches throughout Uganda. The mixture of sodium chlorite and citric acid (which mix to produce the bleach known as chlorine dioxide) gets into the country via China, and Baldwin has personally convinced 1,200 clerics to administer the poison.

As an inducement, Baldwin is offering smartphones to those clerics who are especially “committed” to spreading the bleach cure.

Baldwin, who trained as a student nurse and is understood to have no other medical expertise, said he chose Uganda because it was a poor country with weak regulation…

Perhaps the most damning part of the article is when the Guardian reporters asked Little for any evidence that his bleach cured diseases. Little responded by pointing to a 2018 study in which chlorine dioxide was used on patients with malaria.

… The lead author of the study was Enno Freye of the Heinrich Heine University in Düsseldorf, Germany.

The Guardian contacted the university and was told its medical faculty had reviewed the study and found it “scientifically worthless, contradictory and in part ethically problematic”. In February, Freye was stripped of his title of Apl-Professor of the faculty on grounds that he had “severely damaged the respectability and trust this title requires”. He no longer works at any institution of the university.

But as it stands, these people are using religion to feed poison to vulnerable people. How many of them will have to suffer or die before the government steps in and puts a stop to it? The nation’s ministry of health says it has initiated an investigation. 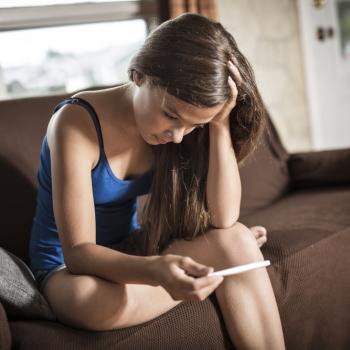 May 20, 2019
A Methodist Pastor Is Brilliantly Calling Out the "Pro-Life" Crowd's Hypocrisy
Next Post

May 20, 2019 A CA Bill Forcing Catholic Priests to Report Child Sex Abuse Passes First Hurdle
Browse Our Archives
What Are Your Thoughts?leave a comment