Rick Wiles: Pro-Choice People Will Be “Aborted Continuously by Demons” in Hell May 17, 2019 Hemant Mehta

Rick Wiles: Pro-Choice People Will Be “Aborted Continuously by Demons” in Hell

End Times broadcaster and anti-Semite Rick Wiles, who recently said the “synagogue of Satan” was “crapping on the country,” is thrilled with Alabama’s abortion ban. He loves it so much that he warned pro-choice Americans that unless we repented, we would spend all of eternity getting aborted by demons.

He made the comments on Wednesday’s episode of “TruNews.”

“I believe that abortionists and the supporters of abortion — I believe that their punishment in the lake of fire will be to be aborted continuously by demons,” Wiles said. “Continuous, perpetual, eternal abortion.”

If you were in Hell, where everything is horrible, then wouldn’t getting aborted be a step in the right direction…?

Of course, to have an abortion, someone has to be pregnant. Which means that even in eternity, Rick Wiles doesn’t give a damn about women. They keep getting pregnant and Satan keep forcing them to have an abortion, presumably against their will. (It’s always a man making these decisions for women, isn’t it? Can’t this decision stay between the women and their demon doctors?)

The metaphor doesn’t make sense, because the anti-abortion position doesn’t make any sense. Like we’ve been saying forever, the only thing “pro-life” Christians have to work with is fear and guilt because the facts are decidedly not on their side. 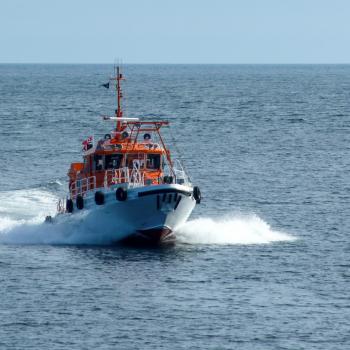 May 17, 2019
A Christian School Turned Me Into a Personal Project. Every Child Failed.
Next Post