Israel’s Prime Minister Wants to Put a Bible on the Moon for Some Reason May 17, 2019 David Gee

The moon is great, but what it really needs on its surface is an archaic storybook responsible for inspiring plenty of death and destruction.

That’s the thinking of Israeli Prime Minister Benjamin Netanyahu, who said that he wants to put people back on the moon along with a printed copy of the Bible. (Because of all the things we’d ever want to preserve as our planet moves through the solar system, it’s a record of how sexist, genocidal, xenophobic, and superstitious we are.) 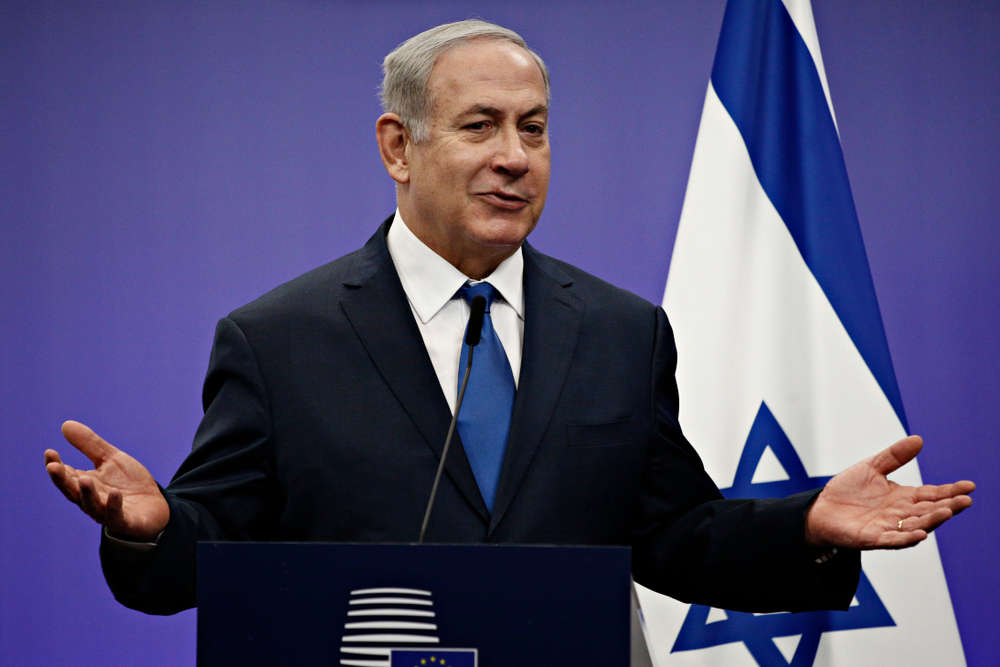 Israel got close to the moon last month, but the spacecraft they sent crashed into the lunar surface. That rocket included a digital copy of the Bible. But that’s not enough for Netanyahu’s tastes.

The Times of Israel reports:

Prime Minister Benjamin Netanyahu called Thursday [May 9] for a printed Bible to be carried to the moon by the next Israeli spacecraft to make the journey, and credited Judaism’s foundational text for the “daring” and “spirit” Israelis demonstrate in the attempt.

Neither the Hebrew Scriptures nor the New Testament nor any other holy book deserves credit for a trip to the moon that was only possible due to scientific advancements.

Not surprisingly, Netanyahu was speaking at a religious Bible event.

Speaking at the International Bible Quiz for Youth, which is held every year on Independence Day, the prime minister vowed to send a second spacecraft after the first, dubbed “Beresheet” (Genesis), crashed onto the lunar surface on April 11 due to complications resulting from a gyroscope failure.

“Last month we felt tremendous excitement: the spacecraft Beresheet was a hand’s breadth from the moon,” Netanyahu said in his remarks at the Bible Quiz event in Jerusalem.

Noting that the lander carried a digital copy of the Bible, he announced, “that’s not enough…. We’re going to send the spacecraft again, and it’s very likely it will be carrying a small [printed] Bible. I want the Bible to land on the moon, because it is written [in Psalms 8:4], ‘When I behold Your heavens, the work of Your fingers, the moon and the stars which You have established.’ The State of Israel will reach the moon.”

Israel may well make it to the moon, but it won’t be because of religion. It will be in spite of it. No amount of quoting the Bible’s mentions of the moon (or, should I say, the “lesser light“) will change that fact.

May 17, 2019
FOX News' Father Jonathan Morris is Quitting the Priesthood So He Can Have Sex
Next Post 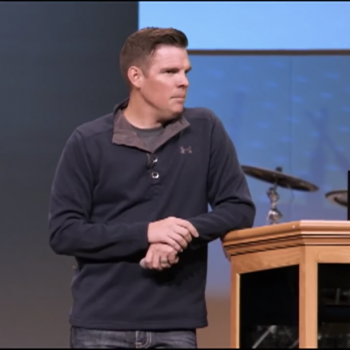 May 17, 2019 Atheists Don't Actually Exist, Says Christian Pseudo-historian's Son
"They won't live in fear. https://uploads.disquscdn.c..."
bombcat Q Conspiracies Infect Evangelical Churches but ..."
"Wonder how much of the ozone he depletes every time he uses hairspray?"
NOGODZ20 A Pastor’s Attempt to Shut Down ..."
""Blessed are they who believe without seeing."-- bible"
Aloha Q Conspiracies Infect Evangelical Churches but ..."
"Any one spending as long as he obviously does bouffanting their hair should not be ..."
Tete Rouge A Pastor’s Attempt to Shut Down ..."
Browse Our Archives
What Are Your Thoughts?leave a comment