Former Priest: The Catholic Church Must “Abolish the Priesthood” to Save Itself May 17, 2019 Hemant Mehta

Former Priest: The Catholic Church Must “Abolish the Priesthood” to Save Itself

James Carroll was a Catholic priest from 1969 to 1974. He was raised in a Catholic family and was proud of that… until he could no longer be. The sex abuse scandals were the tipping point, but the fundamental Catholic beliefs didn’t help either. Carroll says the exclusion of women from leadership, the requirement for celibacy among priests, and the opposition to LGBTQ rights have helped him realize the Church’s problems are far too large to overcome.

Now, in a cover story for the June issue of The Atlantic, Carroll says the Church should “abolish the priesthood.” In other words, the Church should eliminate the tradition that has arguably been the root cause for most of its biggest problems. 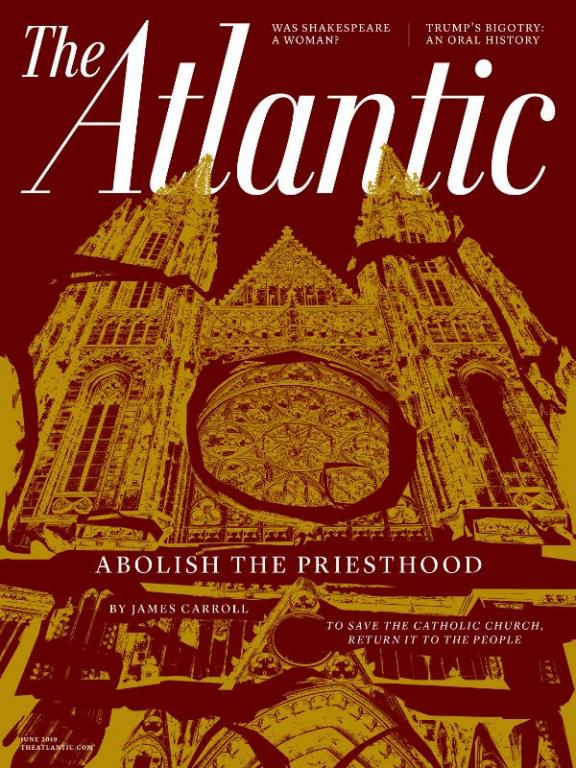 What Vatican II did not do, or was unable to do, except symbolically, was take up the issue of clericalism — the vesting of power in an all-male and celibate clergy. My five years in the priesthood, even in its most liberal wing, gave me a fetid taste of this caste system. Clericalism, with its cult of secrecy, its theological misogyny, its sexual repressiveness, and its hierarchical power based on threats of a doom-laden afterlife, is at the root of Roman Catholic dysfunction. The clerical system’s obsession with status thwarts even the merits of otherwise good priests and distorts the Gospels’ message of selfless love, which the Church was established to proclaim. Clericalism is both the underlying cause and the ongoing enabler of the present Catholic catastrophe. I left the priesthood 45 years ago, before knowing fully what had soured me, but clericalism was the reason.

I heard the confessions of young people wracked with guilt not because of authentic sinfulness but because of a Church-imposed sexual repressiveness that I was expected to affirm. Just by celebrating the Mass, I helped enforce the unjust exclusion of women from equal membership in the Church. I valued the community life I shared with fellow priests, but I also sensed the crippling loneliness that could result from a life that lacked the deep personal intimacy other human beings enjoy. My relationship with God was so tied up with being a priest that I feared a total loss of faith if I left. That very fear revealed a denigration of the laity and illustrated the essential problem. If I had stayed a priest, I see now, my faith, such as it was, would have been corrupted.

Carroll also sheds light on how “good” priests aren’t enough to save the institution in part because of the oppressive doctrine:

While a relatively small number of priests are pedophiles, it is by now clear that a far larger number have looked the other away. In part, that may be because many priests have themselves found it impossible to keep their vows of celibacy, whether intermittently or consistently. Such men are profoundly compromised. Gay or straight, many sexually active priests uphold a structure of secret unfaithfulness, a conspiracy of imperfection that inevitably undercuts their moral grit.

He adds that this outlook has been adopted by Catholics, who routinely ignore Church rules when it suits them. After all, why do so many practicing Catholics support birth control and marriage equality? Because, says Carroll, “Catholics in general have perfected the art of looking the other way.”

Getting rid of the priesthood isn’t the same as getting rid of the Church itself. Carroll writes that practicing Catholics would have to pick up the pieces by doing good works in the community, “taking on injustice,” and empowering lay leaders who aren’t bound by the rigidity of the priesthood. That may sound fine, but plenty of activist groups have done all of those things entirely without the Catholic Church.

The institution itself isn’t worth saving. That means Carroll’s short-term fix of eliminating priests would still leave the most problematic doctrinal issues in place. It’s not like the Catholic Church would be so damn attractive if not for all the pedophile priests.

Until the beliefs change, Catholicism will continue to be a problem. And if the beliefs change, Catholicism may as well cease to exist. Just look at how Catholic-run hospitals are putting patients in harm’s way. That’s not a priest problem. That’s a problem with doctrine. Unless that changes, Carroll’s argument amounts to nothing more than a bandage. 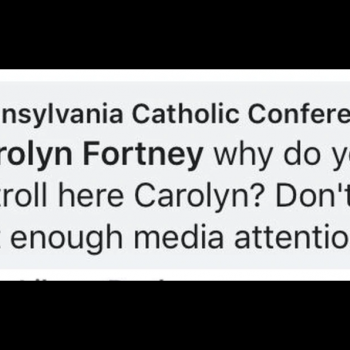 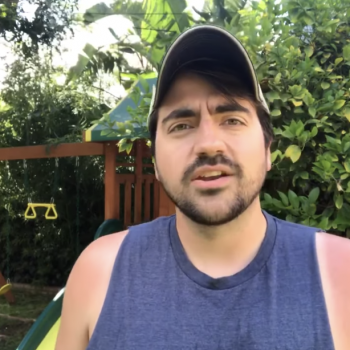 May 17, 2019 The Problem With Alabama's Abortion Ban: Liberal Redneck Edition
Browse Our Archives
What Are Your Thoughts?leave a comment