Alabama’s Near-Complete Abortion Ban is All About Pushing a Christian Theocracy May 15, 2019 Hemant Mehta

Earlier tonight, Alabama Gov. Kay Ivey signed HB314, the bill that will ban abortion at any stage and punish providers with prison for the rest of their lives, with virtually no exceptions, including in cases of rape and incest. The goal is to get the law, which will undoubtedly be challenged, into Supreme Court Justice Brett Kavanaugh‘s hands so the conservative bloc can overturn Roe v. Wade for good.

When she signed the bill, she made it clear that the Christian God played a role in all of this. 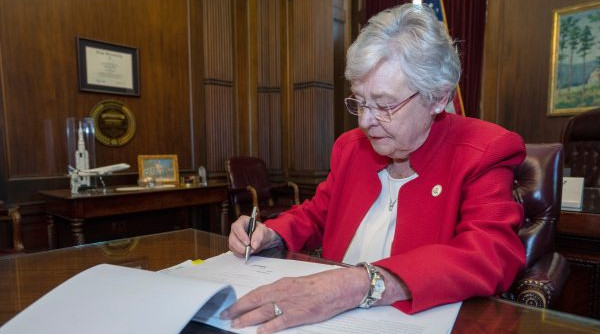 Today, I signed into law the Alabama Human Life Protection Act, a bill that was approved by overwhelming majorities in both chambers of the Legislature. To the bill’s many supporters, this legislation stands as a powerful testament to Alabamians’ deeply held belief that every life is precious and that every life is a sacred gift from God.

“Every sperm is sacred” really is now the law in Alabama.

It’s telling that Ivey’s God cares more about an unborn fetus than a 12-year-old rape victim or a mother whose child would forever suffer due to genetics or an inability to provide it proper care.

But Ivey is certainly not alone in invoking her faith in defense of this indefensible bill.

“Roe v. Wade has ended the lives of millions of children. While we cannot undo the damage that decades of legal precedence under Roe has caused, this bill has the opportunity to save the lives of millions of unborn children,” Chambliss said. “Life and liberty are not man given; they are given by our Creator. Today, Alabama made clear that we will protect our rights and the rights of our unborn children.”

He’s wrong, of course. Abortions, by definition, don’t end the lives of children. And you can’t have God-given liberty when a women is forced to endure pain and suffering because a majority of Republicans, almost all men, decided they should have to.

These Republicans don’t give a damn about life. Women will die because of what they just did. (Or rather, poor women will die.) And the Republicans who did it will indirectly celebrate their deaths while sitting in church on Sundays because, in their minds, they’ve prevented a Holocaust that exists only in their imaginations.

The only saving grace (no pun intended) may be that anti-choice advocates have overplayed their hands. By invoking religion — by being “drunk on God,” says Slate’s Dahlia Lithwick — and so eagerly displaying their complete ignorance about pregnancies, they’re making it more difficult for some of those Supreme Court justices to agree this bill is constitutional. Just a bit. Not that such things would stop them. I don’t have that kind of faith in John Roberts. 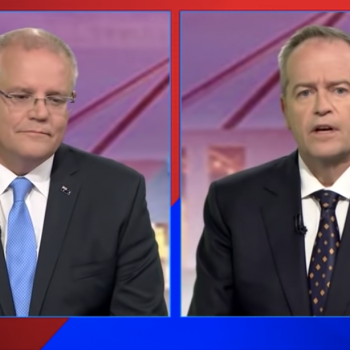 May 15, 2019
Before Australia's Election, Political Leaders Are Debating If Gays Go To Hell
Next Post 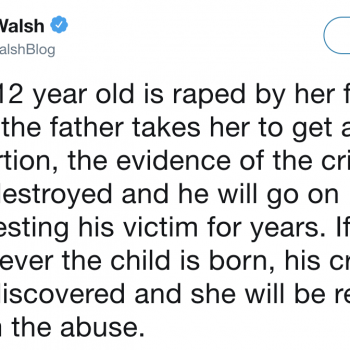