According to a group of anti-gay (and pro-conversion therapy) bigots under the name Gone2Far, Mayor Pete Buttigieg represents the Gay Agenda’s “kill shot” against True Christianity™. 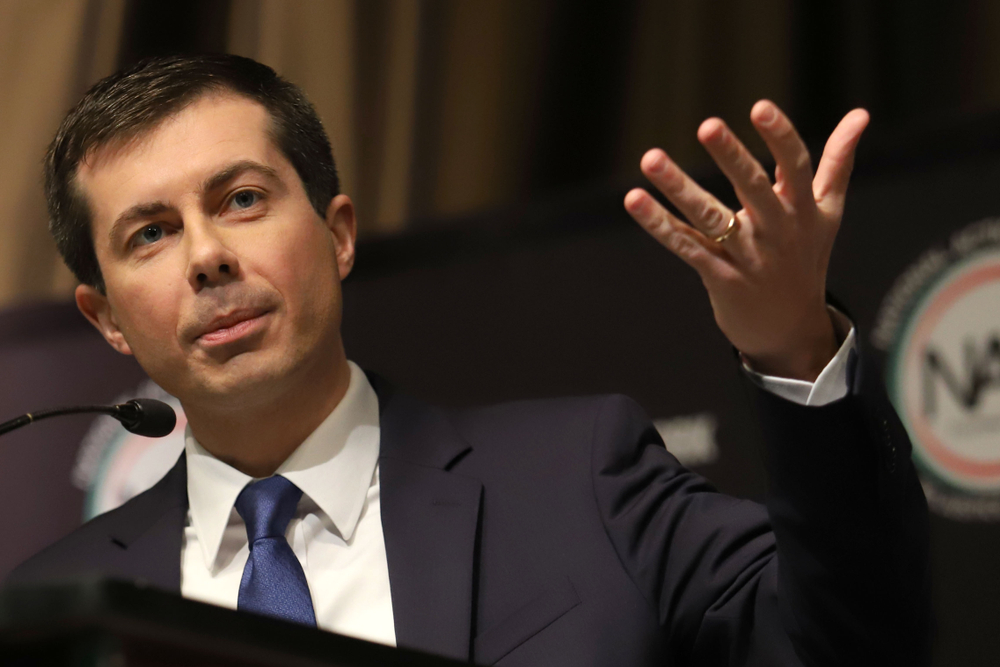 Mayor Pete Buttigieg is publicly challenging the definition of what a Christian is in the public square.

Mayor Pete represents the “kill shot” launch by the gay community to now re-define Christianity. This neo-Christianity is made out of their feelings into their image. Pete Buttigieg is the face of their new theology. Buttigieg claims that “God made me this way.” An incredible claim in light of the fact the Bible teaches homosexuality is a sin. However, this claim is far more dangerous and sinister than it appears.

Well, at least they’re self-aware about being “low information” Christians…

And if electing Buttigieg represents any kind of death blow to Christianity, then his campaign should put that on banners and start selling the merchandise, especially if “Christianity” happens to be whatever the hell Donald Trump is practicing.

This Christian hate group doesn’t even seem to recognize that plenty of other conservative Christian churches freely admit there’s nothing wrong with being gay. They have a problem with anyone acting on it, but even those ignorant people have recognized that being gay isn’t a choice. Why haven’t these Christians figured that out yet?

And how weak must their religion be that Pete Buttigieg can single-handedly destroy it? Somehow, it survived the entirety of Barack Obama‘s presidency, but it just can’t deal with a mayor from Indiana.

May 9, 2019
Christian “Prophetess” Opal Covey is About to Become a Professional Wrestler
Next Post

May 10, 2019 Jacinto County (TX) Officials Vote to Keep Christian Crosses in Local Courthouse
Browse Our Archives
What Are Your Thoughts?leave a comment