Christian “Prophetess” Opal Covey is About to Become a Professional Wrestler May 9, 2019 Hemant Mehta

Christian “Prophetess” Opal Covey is About to Become a Professional Wrestler

Every time she loses, she insists it’s the result of fraud (it’s not) and that God will get His revenge (He won’t).

By her own logic, an all-powerful, all-knowing, all-seeing God is totally on her side… but He just can’t handle a ballot box.

After a couple of years away from the spotlight, Covey is now back in the news.

She’s not running for office. Instead, she’s going to step inside the ring for a wrestling match against a “mystery opponent” and oh my god I can’t believe I’m writing any of this.

“My message is fight, fight, fight to win, and I have won,” Ms. Covey said. “Wrestling is not my top sport, but I know sometimes it takes wrestling [to win], even in the word of the Lord. Jacob wrestled. So even the Lord knows we’re wrestling. I have wrestled for 41 years with this city. I don’t give up and there’s nothing too hard for me to do.”

[Founder Adam] Larry — who runs a local marketing firm — started Extreme Chaos Wrestling on a dare, but said it has turned into a successful side business. Every match is no rules, no count-outs, and no disqualifications, and modeled similarly after the famed — and now defunct — Extreme Championship Wrestling.

She finally found a way to make people happy: letting an audience watch her get pummeled. If her electoral success is indicative of how she’ll wrestle, you’ll want to get tickets since this will be the first and last time she ever steps in the ring.

At least this is one publicity stunt that has no chance of hurting the people of Toledo. She’s finally found an activity worthy of her personal delusions. 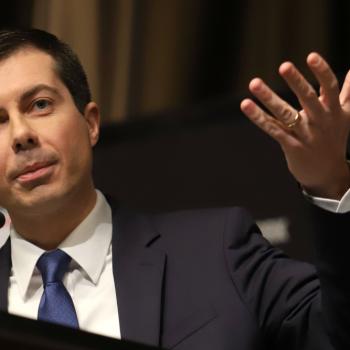