Bryan Fischer: Climate Change Can Only Be Resolved If We “Repent of Our Sin” May 8, 2019 Hemant Mehta

Bryan Fischer: Climate Change Can Only Be Resolved If We “Repent of Our Sin”

The American Family Association’s Bryan Fischer, last seen telling people that tops and bottoms are Hell-bound, wants you to know that we can solve climate change if we just stop sinning.

He made the remarks on Friday’s episode of his “Focal Point” radio show, referring to a Bible verse in which God tells people to “turn from their wicked ways.” If they do, He will “heal their land.”

“The solution is not to go to Congress and get them to crack down carbon emissions,” Fischer said. “The solution is to go before God on our faces and repent of our sin.”

That’s Fischer’s fancy way of blaming gay people for extreme weather. Needless to say, there’s no evidence that more people becoming devout Christians will lead to a change in the climate. That’s not how weather works. Natural disasters are still going to hit Bible Belt states.

I didn’t think it was possible to respond to climate change in a way that was dumber than bringing a snowball into the Senate or saying we needed more babies, but Fischer always exceeds the depths of our expectations.

May 8, 2019
Dr. Richard Carrier Has (Again) Sued Several Atheists on Charges of Defamation
Next Post 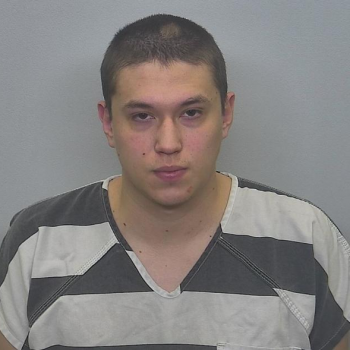