In a story that that’s just catnip for his critics, evangelical leader and Liberty University president Jerry Falwell, Jr. allegedly asked Michael Cohen (yeah, that guy), before the 2016 elections, to help him get rid of some “racy” pictures that had been floating around.

According to a source close to Cohen, the pictures were soon destroyed.

We know all of this because Cohen apparently spilled the beans to comedian Tom Arnold (yeah, that guy) who was secretly recorded the whole conversation.

The Falwells wanted to keep “a bunch of photographs, personal photographs” from becoming public, Cohen told Arnold. “I actually have one of the photos,” he said, without going into specifics. “It’s terrible.”

The Falwells told Cohen that someone had obtained photographs that were embarrassing to them, and was demanding money, the source said. Reuters was unable to determine who made the demand. The source said Cohen flew to Florida and soon met with an attorney for the person with the photographs. Cohen spoke with the attorney, telling the lawyer that his client was committing a crime, and that law enforcement authorities would be called if the demands didn’t stop, the source said.

The matter was soon resolved, the source said, and the lawyer told Cohen that all of the photographs were destroyed.

It’s unclear if these were private photos that someone stole, nudie pics that Falwell sent to a certain poolboy, or something else entirely. Though Cohen did fly down to Florida to handle the matter… and the poolboy incident also occurred there.

It’s also unclear if “racy” is, like, Liberty University racy in which someone shows ankle, or actually racy. It sure sounds like the latter. The kinds of photographs that Liberty students would be expelled for sending. Oh, to be able to see these pictures… before gouging out my own eyes.

If the story is true, it would certainly explain why Falwell has been a shill for Donald Trump since well before the election and continuing ever since, no matter how much damage that bond will create for evangelical Christians in the future.

Falwell has been in the news for days after Trump retweeted his comment about how Trump deserves an extra two years in office. Falwell later said it was a “joke.” 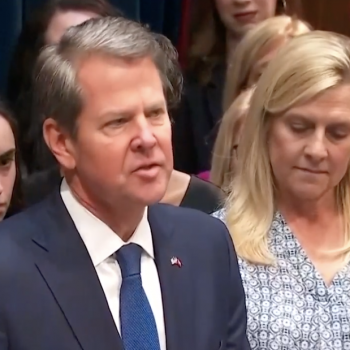 May 7, 2019
Georgia Gov. Signs Anti-Abortion “Heartbeat” Bill Destined for the Courts
Next Post 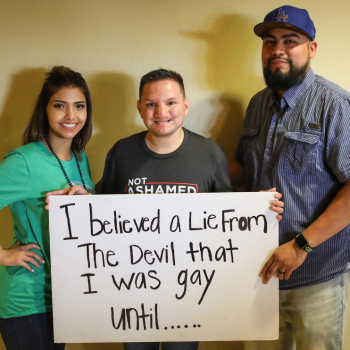 May 8, 2019 Texas Church Baptizes Man After He Accepts "Lie From the Devil That I Was Gay"
Browse Our Archives
What Are Your Thoughts?leave a comment