During his appearance on the panel of Real Time with Bill Maher last night, CNN contributor Bakari Sellers made a perfectly sensible point during a discussion of who should get banned on Facebook. Obviously, this week, Facebook banned a group of white supremacists and anti-Semites including Alex Jones, Laura Loomer, and Joseph Watson. Fantastic.

But Sellers wondered why others who exhibited the same behavior were allowed to remain on Facebook… like a particular Christian preacher who spews all kinds of hate.

… I think Facebook got it right, and I think it was the easy call to ban these three individuals, but it’s a slippery slope. So, I mean, where do they go next, I think, is the question.

I mean, are they gonna keep that same energy when it comes to someone like Franklin Graham, who is a Baptist minister, but who is a homophobic bigot, right? But he’s supported by the president of the United States… Are we gonna keep that same energy, and my question is, are you gonna have three white kids in Silicon Valley who are sitting in a cubicle decide what’s dangerous and what rhetoric they ban and what rhetoric they don’t? And I have a fundamental problem with that.

Graham has repeatedly said horrible things about gay people (like when he included the death-to-gays Bible verse when talking about Pete Buttigieg) and trans people (saying that a bathroom bill would benefit pedophiles and “sexually perverted men”). That’s before the slut-shaming and comparing Planned Parenthood to a “Nazi death camp.”

At what point does Facebook say his contributions to their network — and his popularity among other Christian bigots, who spread his inflammatory posts — make our society worse?

And if you get rid of Graham, you also have to get rid of the other preachers who say similar things… which would be fine. (They have their own bubbles to spew their filth; they don’t need help from a multi-billion-dollar network.) But it’s a fair question to ask who’s making the decisions and where the lines are drawn.

It was almost a joke this week when Facebook employees admitted that getting rid of all white supremacists would inadvertently pull some Republican politicians off the network. (So what? said decent people everywhere.) The point is Facebook is afraid of defining hate speech so broadly that it takes too many people off the platform, but if white supremacist Republicans like Rep. Steve King and hate-mongers like Franklin Graham are allowed to stay, the definition isn’t broad enough.

May 3, 2019
Please Support the Work I Do Through This Site
Next Post 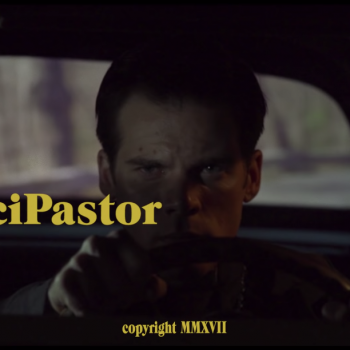