Christian Preacher Brags About 31-Nation Ban: “We Should Rejoice at Persecution” May 2, 2019 Hemant Mehta

Christian Preacher Brags About 31-Nation Ban: “We Should Rejoice at Persecution”

Christian hate-preacher Steven Anderson of Arizona’s (independent fundamentalist) Faithful Word Baptist Church was just banned from entering the Netherlands and the Schengen area, which covers a huge swath of Europe. That means he’ll either have to cancel or change up his planned “soul-winning” trip later this month.

According to a video posted today, the plan is for him to just go to Dublin, Ireland, one of the few places that hasn’t banned him yet, while sending surrogates to the other countries.

So what I’ve done is, I’ve just booked a direct flight from Phoenix to Dublin. So that way I don’t have to go through any of these countries that I’m banned from. So I’ve got a direct flight to Dublin. I’m planning on being there May 26. So there’s no change there.

But I just want to emphasize that all three of these events are still happening.

I already had three preachers lined up — three different preachers for the three different events — and these are great guys. You’re not gonna want to miss it. So the events are going on full speed ahead. So don’t pull back or decide not to show up just because I’m personally not gonna be there. Because there’s still gonna be great people showing up to go soul-winning. There’s gonna be a great preacher at all three events. So you’re not gonna want to miss these events. In addition to that, you know, we want to provide a special incentive for those diehards who want to go to all three events.

… A lot of people sounded sad or upset that I’m banned, but you know what? We should rejoice at persecution. And I know people are disappointed that they’re not gonna meet me or something like that, but here’s the deal. It’s not about me… It’s about the work of the Lord. It’s about soul winning. It’s about, you know, the preaching of God’s Word, not necessarily the personality who’s showing up. So there’s gonna be another great preacher showing up at all three events, and you’re not gonna want to miss him.

… Like I said, as of right now, I’m booked for Dublin. I mean, I’ve got my my plane ticket, and I’m not banned from Ireland. Believe it or not. So even though I’m banned from 31 countries, Ireland is not one of them…

Leave it to a hate-preacher to celebrate his own banishment as something worth rejoicing over. He’s a glutton for people calling him a dick.

Just to recall, Anderson is banned because he celebrated the deaths of dozens of LGBTQ people at Pulse nightclub in Orlando by saying, “The good news [about the massacre] is that there’s 50 less pedophiles in this world, because… these homosexuals are a bunch of disgusting perverts and pedophiles.” He also said the U.S. government should execute homosexuals by way of a firing squad because that’s what the Bible commands. Then there are all the misogynistic comments and Holocaust denialism.

The nations that don’t want him stepping foot in their country want to limit religious extremism as well as anyone who might incite those prone to violence, so good riddance to Anderson. 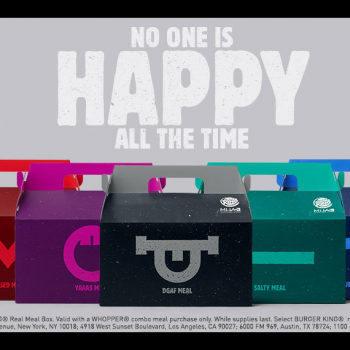