In an amusing jab at McDonald’s, Burger King is now introducing its own version of a Happy Meal… but letting customers decide on which emotion to express because “No One is Happy All the Time.” 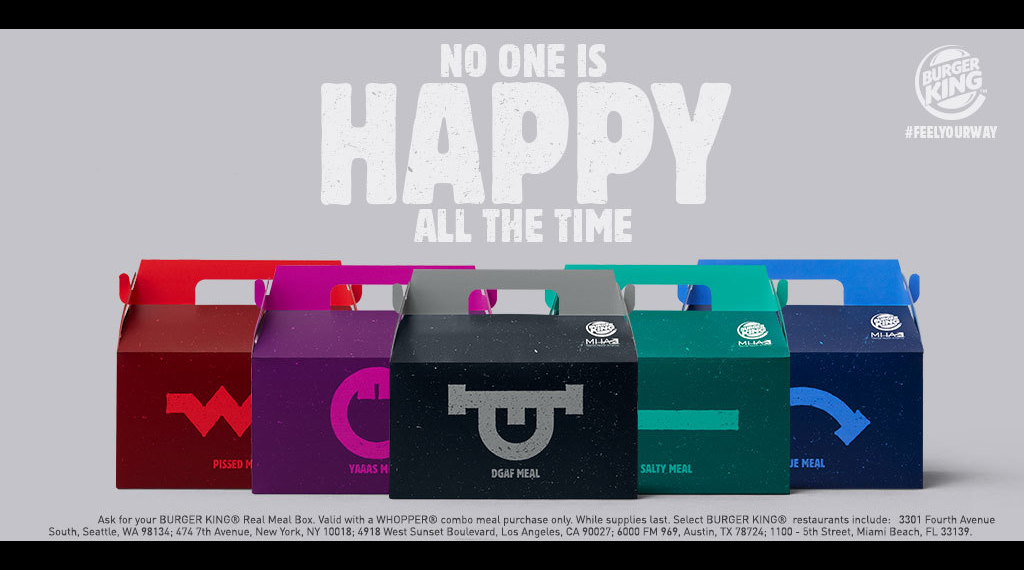 It’s those last two that infuriated the women at evangelical Christian group One Million Moms (Twitter count: 3,667). They refer to this as “vulgar marketing” and urge everyone to complain.

Though the Real Meals are Whopper-based meals, the boxes are replicas of Happy Meal boxes and will, therefore, attract children. No matter the target market, this campaign is a marketing disaster.

Burger King needs to know parents do not approve!

Dear lord, these people complain about everything. Where’s the Real Meal for people who have a perpetual stick up their ass?

Most little kids won’t know what those words mean, and the ones who do are probably the types who have those emotions and use similar language to express themselves to friends. There’s nothing vulgar about feeling angry or apathetic or stressed — and more power to Burger King for not shying away from slang. Incidentally, Burger King says they “partnered with Mental Health America on the campaign.”

The irony in OMM’s campaign is that “Pissed” describes them perfectly while “DGAF” describes the rest of us hearing them complain.

Maybe Burger King should add a Kit Kat bar to every meal. 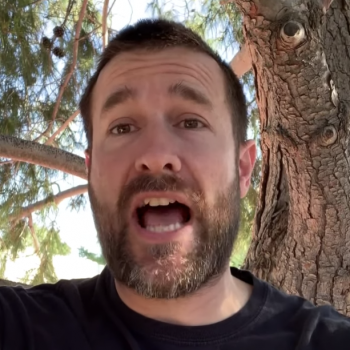 May 2, 2019
Christian Preacher Brags About 31-Nation Ban: "We Should Rejoice at Persecution"
Next Post 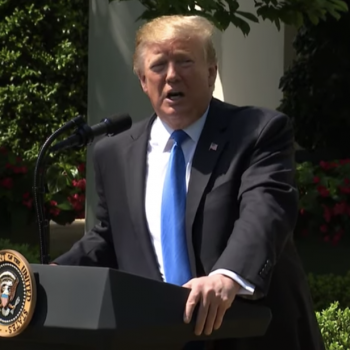