Before the recent premiere of Hail Satan?, the documentary about The Satanic Temple, at the Santa Barbara International Film Festival, a local religious leader wrote a letter to the festival’s director urging him to reconsider. The effects of the film would be “greatly devastating” to the public at large, the priest said.

Oh, and by the way, Father Larry Gosselin of Old Mission Santa Barbara had never actually seen the movie. 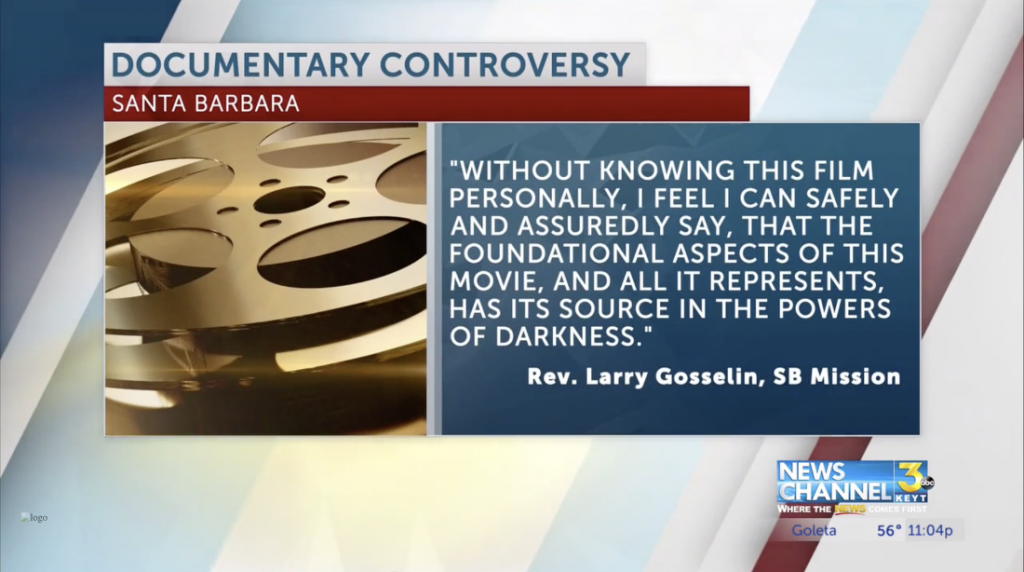 … Without knowing this film personally, I feel I can safely and assuredly say, that the foundational aspects of this movie, and all that it represents, has its source in the powers of darkness. From my standpoint, as a religious leader, I have first-hand experience in dealing with those involved and influenced by satanic worship. I can assure you, that unless one has seen the effects that this involvement does bring onto those, who even innocently dabble with “powers of darkness,” one has no idea what destructive outcomes can, and will, ensue with the ignorance of the what may be seen initially to be enticing and innocent, at first sight. the effects are not innocent but gravely harmful.

I strongly request of you, on behalf of our community, that you do not support, bring, nor allow this film into our community or view. with all concern, I believe that the effects of this movie, can and will, be greatly devastating to what you might know at this point. Again, I stand not merely on theological principles here, but I stand on my own personal experience, that has awakened me to what lies in darkness and its power.

Oh, the ignorance of a man who doesn’t even understand that The Satanic Temple doesn’t actually worship Satan. They believe in social justice, bodily rights, science, and compassion. Or as Gosselin puts it, things that are “gravely harmful.”

At least the festival’s Executive Director Roger Durling had the right response:

Durling said it would open as planned at the Riviera Theatre.

“I think this is a case of can’t judge a book by its cover, and I think the whole point of the movie is about these activists trying to shed light between the fine line between church and state,” Durling said Monday outside of his office.

The film has been getting fantastic reviews — it currently has a 95% at Rotten Tomatoes. Clearly, it’s resonating and it has an approval rating that’s far higher than anything a religious leader has seen in decades. Maybe Gosselin is just jealous.

(Screenshot via KEYT. Thanks to Brian for the link) 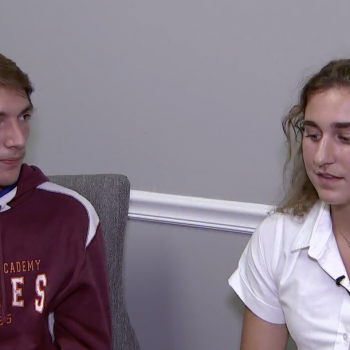 May 1, 2019
Two Teens Stranded in Ocean Insist "God Is Real" After Boat Rescues Them
Next Post