Bryan Fischer: The Bible Says Bottoms and Tops Are Going to Hell

The American Family Association’s Bryan Fischer has a long list of everyone who’s going to Hell, and it includes very specific types of gay men.

… There’s a whole lot of sins that will keep you out of the kingdom of God. Here’s just a sample: Sexually immoral can’t get in. Idolaters can’t get in. Adulterers can’t get in. Men who practice homosexuality, and the term that Paul uses there, he uses two different terms: one for the active participant, the other for the passive. In the homosexual community, one is called the bottom. The other is called the top. Not going to go into any more detail about that, but here Paul is talking about both parts of a homosexual liaison — neither of them is going to make it into the eternal kingdom.

Somewhere, a bottom who thought he was going to Heaven just got a very sad helping of Bryan Fischer.

Say a little prayer for him.

In a way, since all the bottoms and tops are already Hell-bound, Fischer just gave them free license to keep going at it. Hey, their fates are already sealed. Might as well make the most of this life. 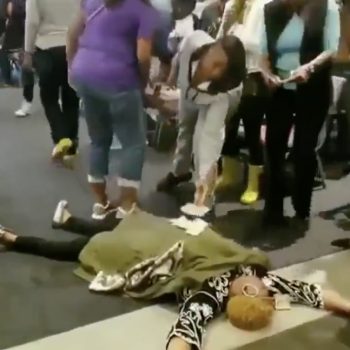 April 30, 2019
This "Dead" Pastor Will Come Back to Life If You Give Her Enough Cash
Next Post 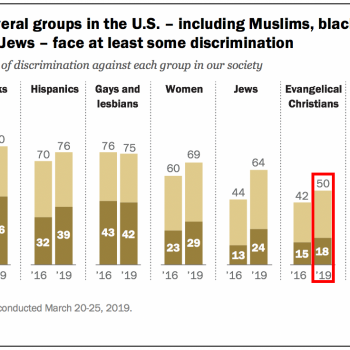 April 30, 2019 A Very Deluded 50% of Americans Think Evangelical Christians Face Discrimination
Browse Our Archives
What Are Your Thoughts?leave a comment