Here’s a seemingly straightforward question: Can public officials who do something immoral in their personal life still behave ethically in their professional life?

Or, put another way, if a president is privately immoral, can he be publicly ethical?

It won’t surprise you that, in 2011, most white evangelicals (60%) believed consistency mattered. If we can’t trust you privately, how can we trust you publicly? But by October of 2016, after Donald Trump was the Republican nominee for president and the Access Hollywood tape had come out, that whole consistency thing went out the window. Only 20% of white evangelicals said a pussy-grabbing president couldn’t be trusted in office. The rest of them effectively insisted Trump would be fine in office.

Very convenient. Their guy was proven to be privately immoral, and suddenly they changed their mind about how he might act in the White House.

So here’s a question that researchers David Campbell and Geoffrey Layman wanted to know: Is this a unique situation with Trump or is this a permanent shift in how white evangelicals think?

According to an article in the Washington Post, they conducted a survey asking white evangelicals that same question about private and public ethics… but they prefaced it in different ways.

In some cases, they began, “Many supporters of Donald Trump have argued…” — In other words, Trump fans have said you can be privately immoral, but publicly moral. Do you agree?

For others, they began, “When he was president, many supporters of Bill Clinton argued…”

If white evangelicals truly cared about ethics, those answers would have been consistent. As you can guess, they were not. 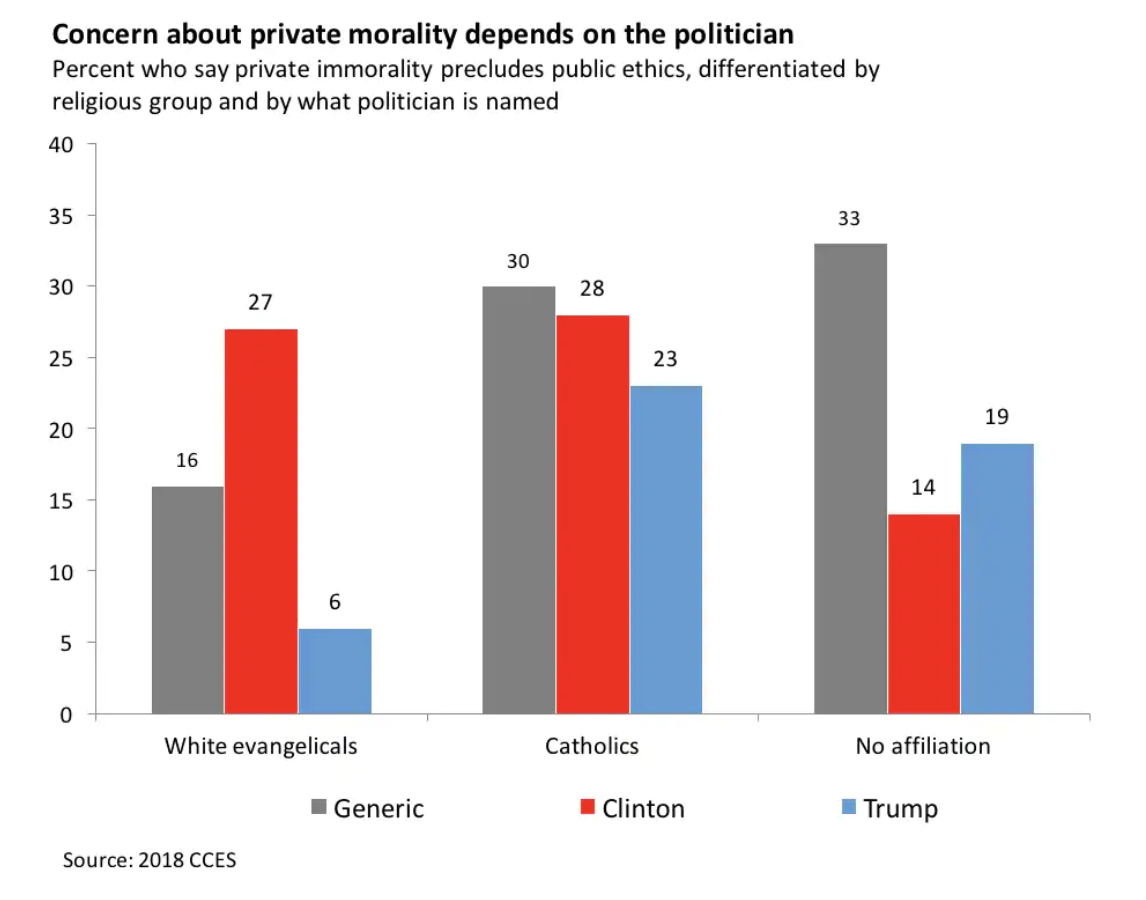 In short, party loyalty is the driving force here. White evangelicals as a group are less concerned about private immorality when Trump is involved than when Clinton is involved because they are overwhelmingly Republican.

We already knew this was true intuitively, but it’s good to put some numbers on it. The moral of the story — and I’m extrapolating here — is that white evangelicals are liars when they tell you they’re concerned about family values and the moral fabric of society. They only “care” about those things when a Democrat is in charge and they can use their beliefs as a weapon against the opposition. When a Republican is in the White House, they don’t give a rat’s ass if he violates their values. As long as he delivers on appointing anti-abortion judges, they’re cool with the rest of it.

What’s sad is that, even when faced with the facts, white evangelicals will insist they’re the morally superior group. 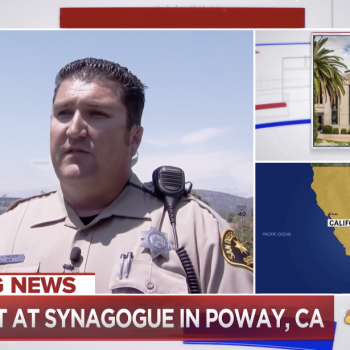 April 27, 2019
Man Arrested for Shooting Four Worshipers at a California Synagogue on Passover
Next Post

April 28, 2019 Satanists Sue MN Town That Changed Its Rules to Avoid a Non-Christian Display
Browse Our Archives
What Are Your Thoughts?leave a comment