Remembering Sri Lanka’s Head Butcher: “We Never Thought He’d Do What He Said”

Zaharan Hashim never hid his burning animosity toward infidels. In fact, as a radical Islamic preacher, he wore it like a badge — and still Sri Lanka’s law enforcement agencies ignored him.

Investigators say the self-styled imam, who also went by Mohammed Zaharan, was the ringleader behind the Easter attacks in Sri Lanka that killed hundreds five days ago. He allegedly blew himself up in the Shangri-La Hotel in Colombo, Sri Lanka’s capital, but only after he’d inspired at least seven followers to join him in indiscriminately murdering apostates and other non-believers.

Per the New York Times:

There were, Mr. Zaharan said in one of his online sermons, three types of people: Muslims, those who had reached an accord with Muslims, and “people who need to be killed.” Idolaters, he added, “need to be slaughtered wherever you see them.” 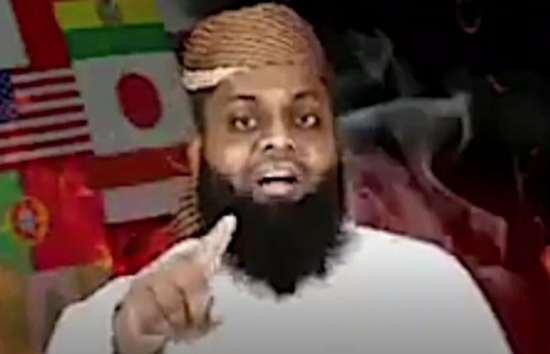 Unsurprisingly, his definition of who could legitimately call themselves Muslims was strict and unrelenting. Sufis, who follow a mystical version of Islam, didn’t qualify:

After the Sufis in Kattankudy handed out packets of rice to the poor, an action that Mr. Zaharan regarded as trying to buy hungry converts, he grabbed a sword and charged the crowd.

He somehow evaded capture and continued to preach pure hatred.

“He was influential, very attractive, very smart in his speeches, even though what he was saying about jihad was crazy,” said Marzook Ahamed Lebbe, a former Kattankudy politician and member of a local Islamic federation. “We all underestimated him. We never thought he would do what he said.”

But that wasn’t true for everyone. Maddeningly,

Muslims in Kattankudy said they had repeatedly contacted the police to warn that Mr. Zaharan was dangerous, but that the authorities played down the threat.

The failure of security forces to act on Zaharan’s wild-eyed aggression, especially after an April 4 warning that acts of terrorism were imminent, cost the lives of about 250 people. (On Wednesday, Sri Lanka revised the death count from a tally that had earlier gone as high as 321, a bleakly happy development except that it cast further doubt on the competence of the country’s authorities.)

Zaharan was known for his daring, take-no-prisoners implacability.

How did the terrorist come by his disturbing views?

Mr. Zaharan and his brothers were sent by their father, a small-time seed and spice seller, to a madrasa, where teachings adhered to a strict interpretation of Islam. But even as he impressed with the fluency of his Quranic recitation and easily made friends, Mr. Zaharan confronted his teachers and accused them of failing to adhere to true Islam.

Like other Kattankudy youth lured by new overseas fashions, he had come under the spell of foreign preachers whose sermons were being passed around town by DVD. … By listening to the sermons of charismatic but extremist preachers based in India and Malaysia, Mr. Zaharan was honing his oratory. …

[He] preached that the Sri Lankan national flag was a worthless piece of cloth, and that the country should be ruled by Shariah law — an unlikely outcome in a country where only about 10 percent of the population is Muslim.

Now he is likely to become a martyr to a new generation of jihadists, admired for his fearlessness and defiance. ISIS is doing its best to burnish his revolutionary image:

Through its news agency, the Islamic State claimed the attackers as its fighters and released a video with Mr. Zaharan appearing to be front and center. Standing among seven masked men in black, Mr. Zaharan is the only one with his face exposed.

Already, Zaharan’s bloody legacy appears to be an inspiration to others.

There is a danger of more bombings, officials have warned, as the police continue to find explosives. The American ambassador said investigators believed there were “ongoing terrorist plots,” and Sri Lankan officials have said they are still searching for people believed to be linked to the attacks.

About sixty people have been placed under arrest.

Political casualties may include Hemasiri Fernando, Sri Lanka’s defense secretary, and Pujith Jayasundara, the inspector general of police, whose critics have demanded that they be brought to justice for their alleged dereliction of duty.

(Screenshot via the BBC) 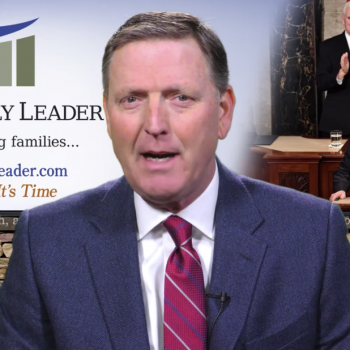 April 26, 2019 Democratic Candidates Should Avoid an Anti-LGBTQ Christian's Faith Forum in Iowa
Browse Our Archives
What Are Your Thoughts?leave a comment