Never Get Sex Advice from Someone Who Just Lost Her Virginity April 23, 2019 Hemant Mehta

Never Get Sex Advice from Someone Who Just Lost Her Virginity

You never want skydiving lessons from someone who just finished her first jump.

You don’t want driving lessons from someone who just turned 16.

And you definitely shouldn’t take sex advice from someone who was a virgin until after her wedding day but now believes she knows enough about the subject to teach others about it.

That’s not a knock on abstinence itself. If you want to wait until marriage to have sex, that’s your decision. But Bethany Beal of the “Girl Defined” YouTube channel is doing more than that. Rather than just telling other women about her own experience losing her virginity after her recent marriage, she’s encouraging them to do the same thing and implying it’ll be just as wonderful.

That’s a lie, and she’s saying it in the name of Christianity. 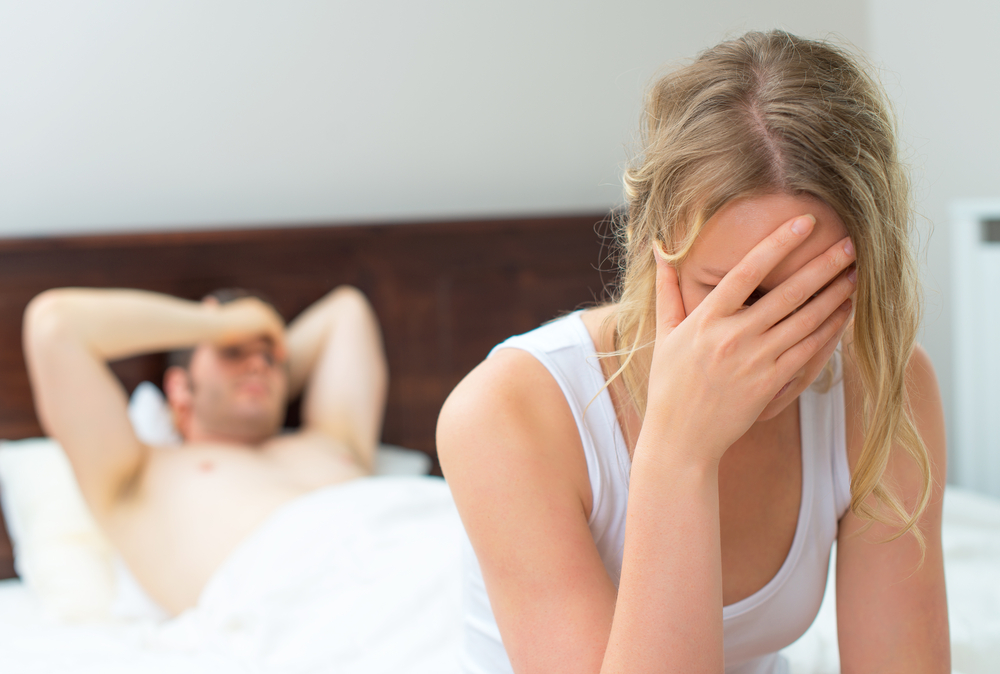 Here’s what she says about her own experience. (Again, I don’t judge that. You shouldn’t judge that. It’s nobody else’s business.) Just pay attention to the pivot.

I think that there’s nothing sexier than two newlywed lovers enjoying and exploring sexual intimacy in the context of marriage. God totally knew what He was doing when He reserved sex for marriage. Talk about ROMANTIC for the newlywed couples.

I can tell you this for sure. Being a virgin on my wedding night was not awkward. It was the opposite. It was sweet, new, different, exciting, and filled with all the butterflies a stomach can hold. Does that mean Dav and I had sex on our first night of marriage? Maybe we did and maybe we didn’t. That’s not really the point anyway.

Here’s something important to consider.

Sex within marriage should be the most non-awkward experience ever. Yes, it will be new, different, exciting, thrilling, clumsy, funny, and a total learning experience. But, it’s with the man who has entered into a covenant with you and has committed to loving you with all of his life for the rest of his life.

This isn’t some one-night-stand-cheap-thrill. [Note: That’s the subheading for this section]

This is your husband. The man who has given up all other potential options and has chosen you. He wants you. He desires you. He’s committed to God to love you like Christ loves the church.

She went from “I made the right decision” to “The rest of you are sluts” real fast.

Beal thinks that, outside of marriage (a straight marriage, no doubt), sex is meaningless and lacks romance. It’s always casual. It’s always lacks commitment. It’s always with someone who doesn’t really care about you.

It’s incomprehensible to her that people might enjoy something casual. Or that they could have sex for love outside the context of marriage. Or that commitment still exists even when it’s two people who aren’t married (or are married and in an open relationship, or polyamorous, or a whole bunch of other things that would likely give her an aneurysm). Or that a “hotter body” isn’t what everyone wants or desires. Or that sex outside of a relationship can also be “beautiful” and “safe” and “secure.”

Again, she doesn’t know it because she hasn’t experienced it (which is fine) and perhaps because she grew up in a culture where those things were frowned upon. The problem is that she’s perpetuating this false notion of one-size-fits-all sex.

Beal also makes it sound like sex after marriage is going to be amazing (even if that takes some time). Again, that’s not necessarily the case. It’s cruel to tell women they will eventually be sexually compatible with whomever they marry when there’s just no truth to that. It might be. For their sake, I hope it is. But it might not be. This is why some would argue sex before marriage is a good idea — you learn about what you like, you learn how to please others, you realize that not all people are compatible, and (hopefully) you figure out exactly what you’re looking for.

To act like sex can’t possibly be bad or traumatic your first time, even with the person you marry, shows how little Beal knows about this subject.

Again, I don’t care that she waited for marriage. It’s her decision. Everyone should respect that. The problem is when she tells other women what they should do based on her (extremely limited) experience. It’s as if she’s never heard Christian women (or ex-Christians) talk about how Purity Culture has harmed them. Or maybe she doesn’t care since she’s restating the very same slut-shaming stereotypes evangelical churches have become known for.

The type of girls who look up to Beal deserve so much better than what she’s giving them. 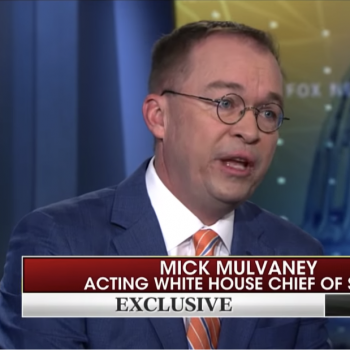 April 23, 2019
Mick Mulvaney: Trump Lets Us Take Our "Faith and Work It Into Our Policies"
Next Post 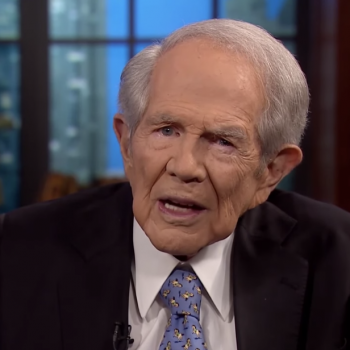 April 23, 2019 Pat Robertson Tells Self-Hating Gay Man "This Gender Identity Stuff" Is Tough
Browse Our Archives
What Are Your Thoughts?leave a comment