Mick Mulvaney: Trump Lets Us Take Our “Faith and Work It Into Our Policies” April 23, 2019 Hemant Mehta

Mick Mulvaney: Trump Lets Us Take Our “Faith and Work It Into Our Policies”

During the National Catholic Prayer Breakfast this morning at the White House, Chief of Staff Mick Mulvaney (a Catholic himself) admitted that the Christian faith is guiding this administration’s policies.

That’s not a surprise to anyone who’s been paying attention to Donald Trump‘s actions, but it’s still shocking to hear Mulvaney say out loud what most politicians normally keep to themselves. 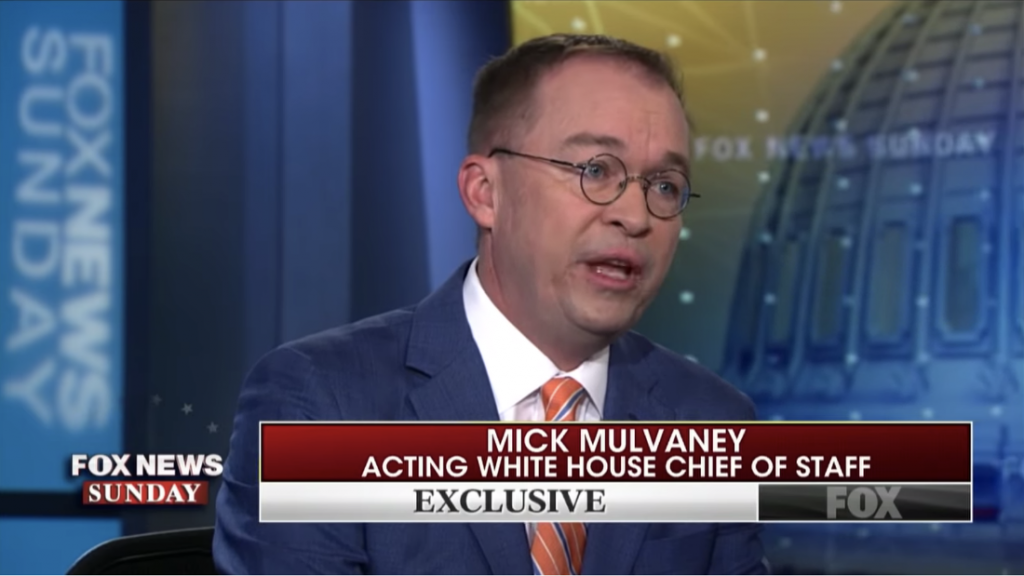 WH Chief of Staff Mick Mulvaney at the National Catholic Prayer Breakfast this AM: “(Trump) has allowed us, Christians of all denominations, folks from all different faiths…to be very vocal about their faith … and to take their faith and work it into our policies.”

He later added: “I’m comfortable as a Catholic — even though I work for a gentleman who is not Roman Catholic — that the principles of our faith are alive, and well, and well-respected in this administration, and are driving many of our policies.”

Another reporter quotes similar comments, so even if the wording isn’t exact, the gist is the same.

If anything, what Mulvaney said was damning for religion. If religion is guiding Trump’s policies, you have to wonder why the Christian faith is so senseless and cruel. Which Bible verses are they using to tear children from their parents? Which words of Jesus are they using to turn away asylum seekers? Is it the Old or New Testament that teaches them to ignore climate change?

If Mulvaney’s lines received applause at the breakfast, it’s only because he belongs to one of the Republican Party’s acceptable religions. A Muslim staffer ever saying something similar about the Obama administration — even referring to some generic religious idea like “being kind” — would surely result in the entire right-wing media universe raging against Sharia Law for weeks.

Mulvaney will likely argue that he’s not saying Catholic doctrine is driving policy — just the principles of his faith — but we know that’s not the case. The anti-abortion push from this administration isn’t being driven by evidence or statistics. It’s religious. The anti-LBGTQ push isn’t being driven by what the military wants; it’s faith-based bigotry. The whole charade about pastors being allowed to endorse candidates from the pulpit didn’t result from some free speech “crisis” where they were forbidden from speaking their minds, but because Christians wanted more special perks unavailable to other non-profits.

Mulvaney accidentally told the truth. He said the quiet part out loud again.

In a nation founded on separation of church and state, it’s disturbing for any politician to say religious beliefs are the basis for public policy. Sure, everyone’s ideas are based on their own backgrounds, but policies should ultimately be driven by reason and evidence, not the irrational whims of a particular God and His followers. Even if faith points them in one direction, that’s never enough to justify the government’s actions.

But as is so often the case with Republicans, they’re okay with it as long as it benefits them. If people of another religion or political party used the same language and made the same arguments, the GOP would be up in arms crying “persecution.” Since we’re talking about Christianity, though, the FOX News crowd will just eat it up, no questions asked. 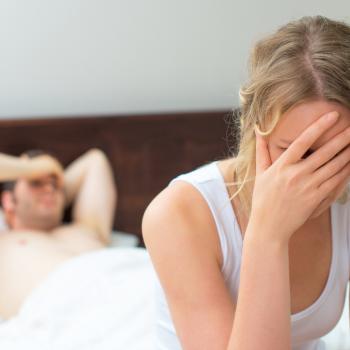