The death toll is over 290 after the terrorist attacks in Sri Lanka yesterday, when suicide bombers went after three churches hosting Easter services and three additional hotels. Obviously, politicians in the U.S. were quick to send their condolences while denouncing faith-based violence of any kind.

But FOX News’ Todd Starnes sent out multiple tweets yesterday condemning Democrats for failing to say enough about how the victims were Christians who were celebrating Easter which is all about Jesus. The implication to his conservative audience was that liberals don’t really give a damn about their faith.

So when California Governor Gavin Newsom said “This weekend is centered around a fundamental truth: That out of darkness can come light,” Starnes reacted by basically saying THAT’S NOT WHAT EASTER IS ABOUT, BECAUSE EASTER IS ABOUT JESUS!… even though Newsom said the victims were celebrating Easter. 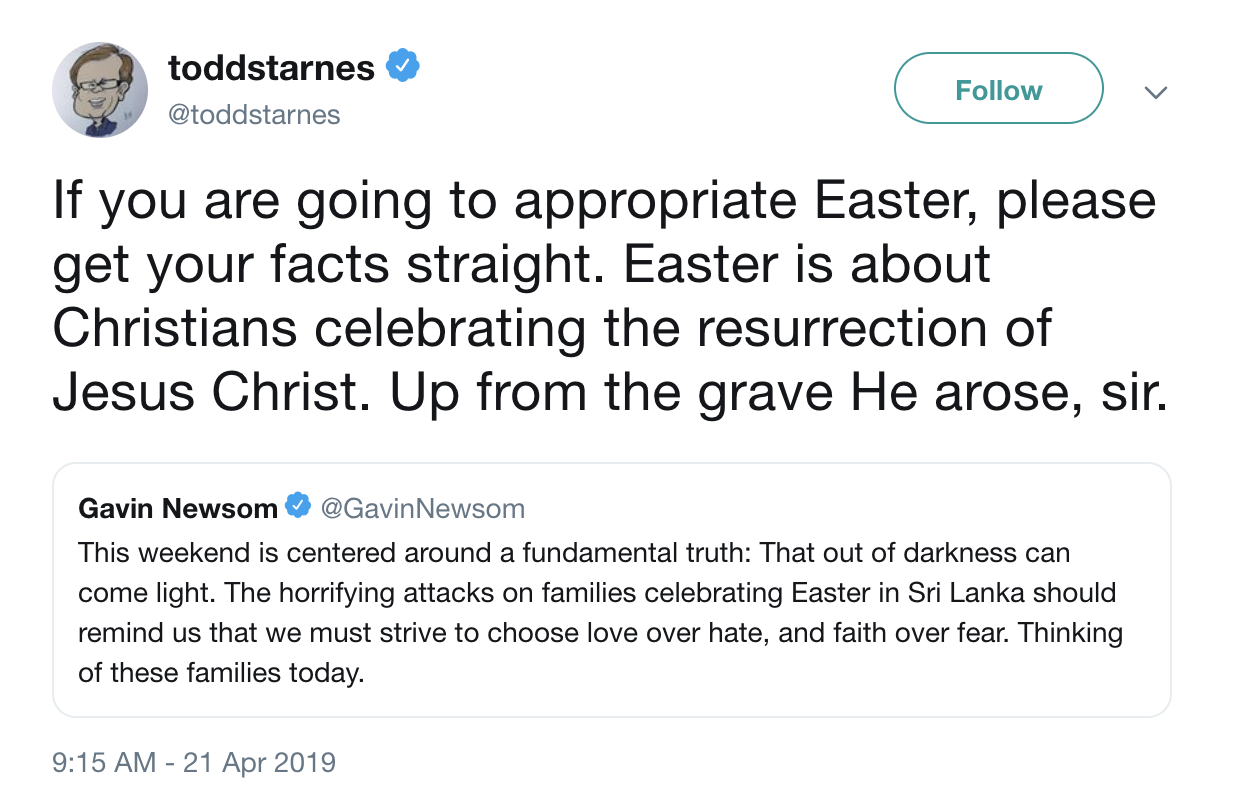 And when presidential candidate Sen. Kamala Harris said Easter reminds us that “there is hope and rebirth even in the darkest of times,” Starnes argued EASTER IS ABOUT JESUS!… ignoring the fact that Harris said she was “praying for the victims.” 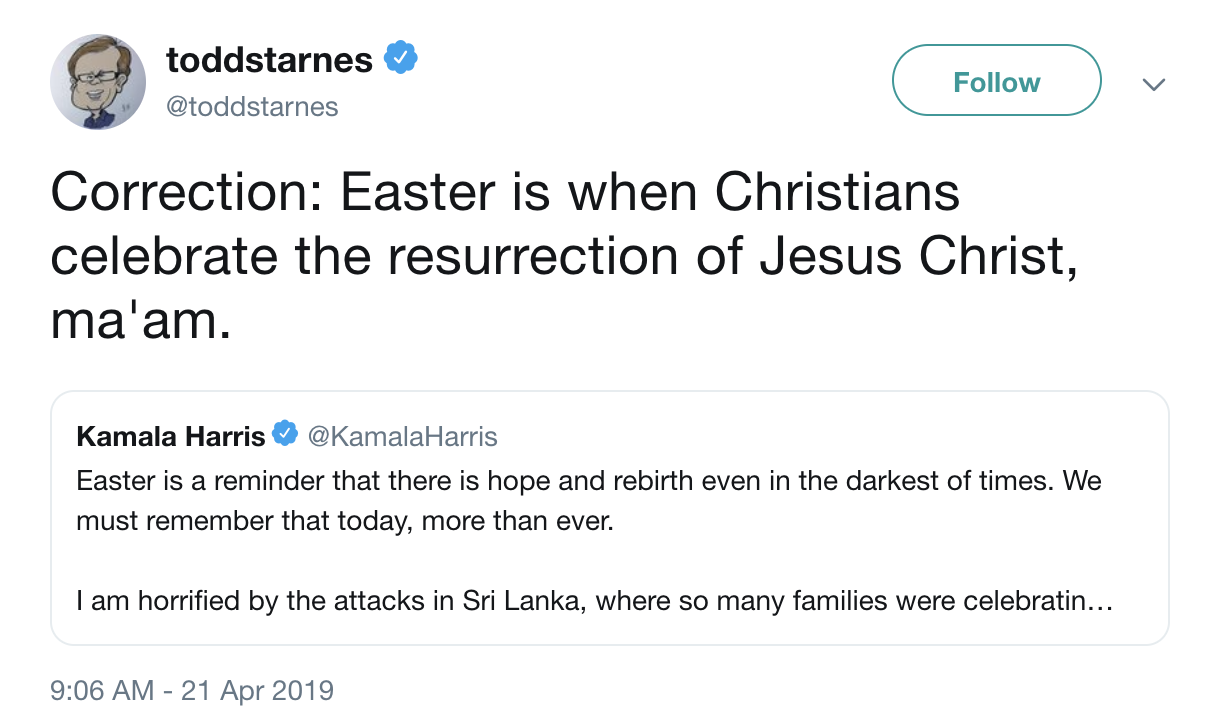 And when former President Barack Obama said it was an attack on “tourists and Easter worshippers” and that he was also praying for the victims, Starnes lashed out, THEY WERE CHRISTIAN WORSHIPERS! 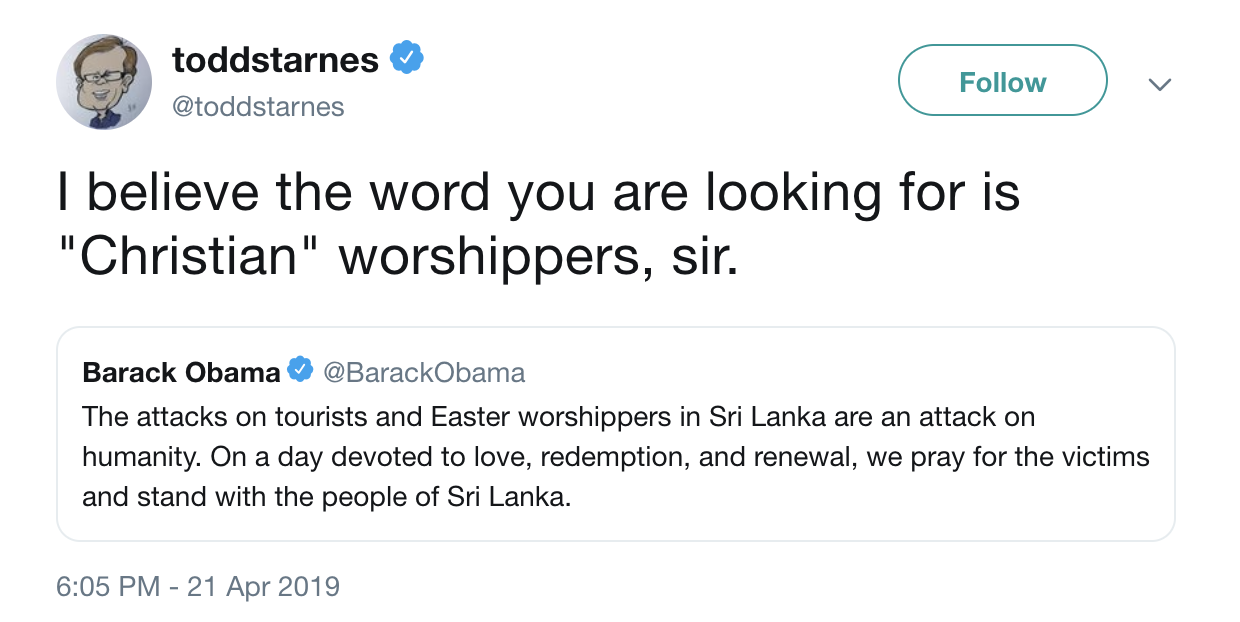 So Starnes must have been furious when Donald Trump wrongly claimed there were “138 million” victims (not even close), and didn’t mention “Easter” or “Jesus” or “Christ,” and didn’t even pretend to say he would be praying for the victims. (Trump later tweeted a “corrected” number of 138, but didn’t really change the rest of the wording.) 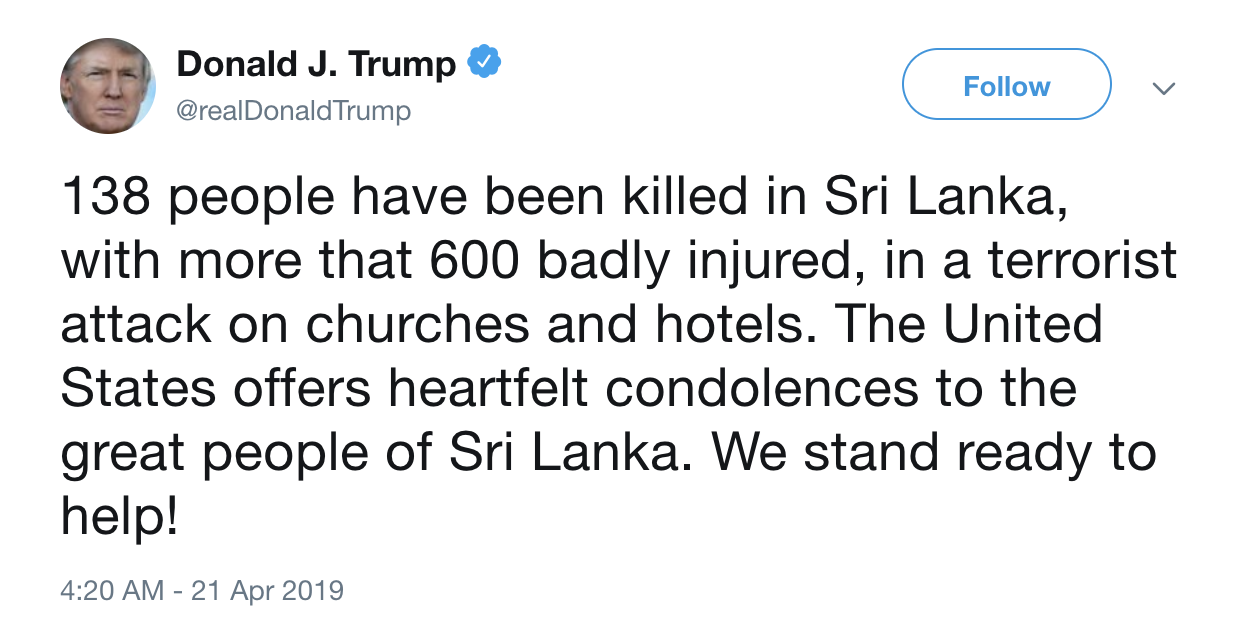 Because, true to form, Republicans are happy to complain about Democrats (even when they don’t do anything wrong), but they refuse to acknowledge when their side does the same thing or worse. It’s right-wing hypocrisy taken to an extreme.

This is just a small-scale version of how the conservative movement has treated Trump for years. It’s almost a joke to watch Republicans offer excuses for everything awful Trump does, even though, if Obama did anything even remotely similar, conservatives would be calling for his head on a platter.

Starnes is the worst proponent of all of this. So of course he’s on the FOX News payroll. His gullible Christian fans are too ignorant to recognize how he’s manipulating them. 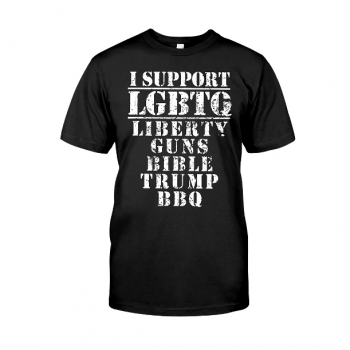