In another thoughtless rant, Christian hate-preacher Steven Anderson condemned tweets by Hillary Clinton and Barack Obama about the terrorist attacks in Sri Lanka because they weren’t religious enough for his tastes… but he refused to mention how Donald Trump‘s message was arguably worse by those very same standards.

… It’s like these people are just falling all over themselves not to use the word “Christian.” They’re so reprobate that they can’t even just use the easy-to-say word “Christian,” so they just say “Easter worshipers,” just to try to use the circumlocution to avoid that word at all costs.

… Anyway, like I said, I just couldn’t resist pointing out how wicked these people are, that they can’t even acknowledge that, you know, there was an attack targeting Christians, or that Christians were persecuted, or that, you know, non-Christians carried out violence against Christians.

Mind you, plenty of non-Christians were murdered too…

But the bigger issue is the same one that FOX News’ Todd Starnes is guilty of: Donald Trump said virtually the same things that Clinton and Obama did — far less eloquently, I would add — but received none of the condemnation from Anderson and his ilk.

138 people have been killed in Sri Lanka, with more that 600 badly injured, in a terrorist attack on churches and hotels. The United States offers heartfelt condolences to the great people of Sri Lanka. We stand ready to help!

The word “Christian” doesn’t appear in there at all. Anderson said nothing about that.

Anderson also disingenuously attacked Obama for saying we “stand with the people of Sri Lanka” because that implied he stood with “the violent people that carried out this attack.” But Trump offered condolences to “the great people of Sri Lanka” — no caveats — and Anderson said nothing about that either.

It’s hard to imagine Anderson just missed that tweet. He just cherry picked which ones to attack online. It’s the same method he uses when approaching the Bible.

These conservative Christians are unable to recognize their own hypocrisy. They’re so wrapped up in their bubble that they’ll go out of their way to attack the left while purposely ignoring the same things on their own side. 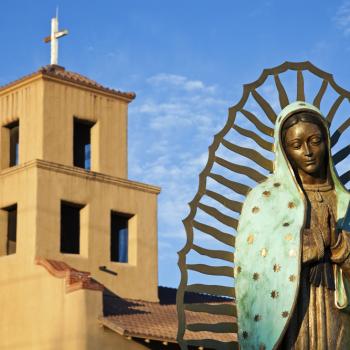