In the most on-brand segment you’ll ever see on FOX & Friends, correspondent Todd Piro effectively taped a three-minute advertisement for Ark Encounter on Saturday’s show. He visited the boat, asked no serious questions, and let gullible visitors speak for themselves. (#Journalism.)

It’s almost hilarious how much nonsense Piro just lets slide. One interviewee says, “I thought it was gonna be a normal, boring, museum thing. Not only did it give you the biblical side, but it gave you a lot of scientific facts to go with it!” That, my friends, is a teenager who paid zero attention once he got inside the boat. It was also entertaining to hear Answers in Genesis’ Bodie Hodge talk about how the Ark is appealing to “Muslims, Jews, even non-believers” (who are visiting in “droves”). There’s no mention of how the atheists who visit the boat usually just want to see first-hand how Christians can spend $100 million on a giant lie…

Anyway, Creationist Ken Ham loved the segment, and he urged people to watch it.

Answers in Genesis writer and speaker Bodie Hodge was recently interview by Todd Piro from FOX & Friends (on the FOX News channel) down at the Ark Encounter. The resulting 3-minute video on the life-size Ark attraction was phenomenal. Bodie not only explained this world-class attraction but clearly gave its biblical and evangelistic message. How often do you get to hear the gospel on national television?

Well, it helps when you’re paying FOX & Friends to publicize the boat on your behalf.

In fact, that very clip that Ham shared comes directly from the show’s Facebook page… but anyone who goes to the source material would also find a message that Ken Ham never tells you about. 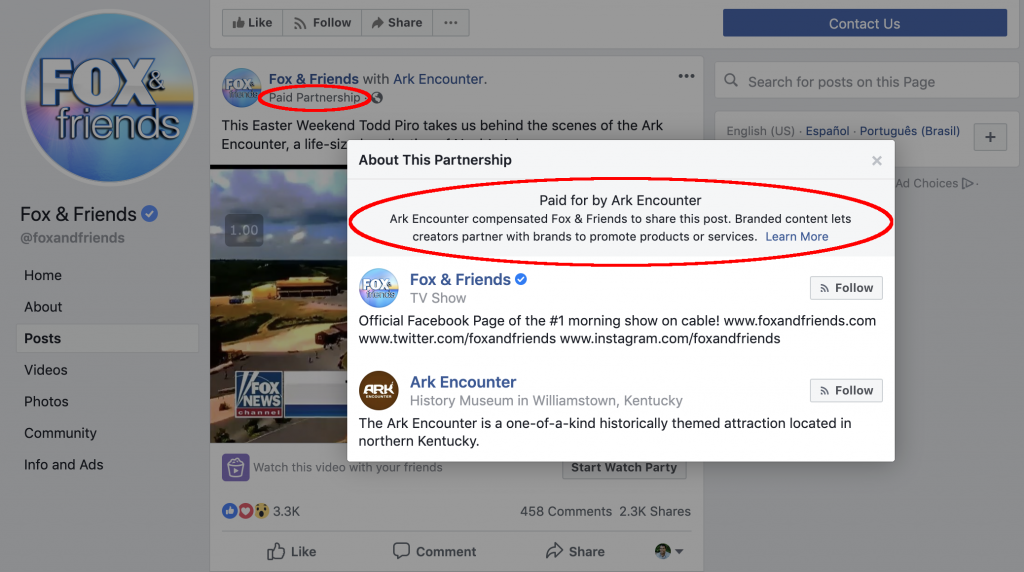 According to Facebook’s own information, “Ark Encounter compensated Fox & Friends to share this post.” (It’s not clear if they paid to get the segment on the show itself.)

No wonder Ken Ham is eager to share that segment with his supporters. He doesn’t tell them he paid FOX to post the clip. He just acts like FOX News did it out of the goodness of their journalistic hearts because the Ark is just that amazing.

He isn’t telling people the whole truth. He wants to fool people. It’s up to us to dig for the details and show people what they’re promoting is a sham.

It’s how we should treat everything these Creationists say. 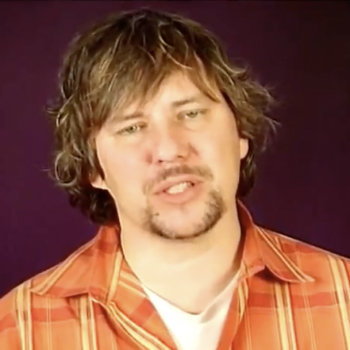 April 20, 2019
This Christian Megachurch Pastor Was Sentenced to Prison for Drug Trafficking
Next Post 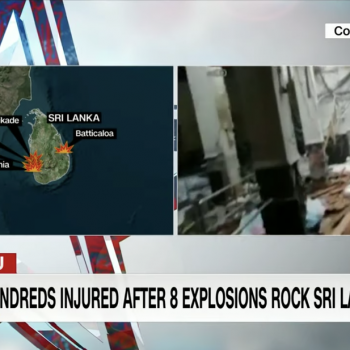 April 21, 2019 Coordinated Bombings in Sri Lanka Target Easter Worshipers
Browse Our Archives
What Are Your Thoughts?leave a comment