Rabbi Daniel Lapin, who once told Glenn Beck that “atheists are parasites,” said on a recent podcast that women should marry for money, not love, because it’s the biblical thing to do.

Religious Right rabbi Daniel Lapin argues that the Bible instructs women to marry for money, not for love: "Marrying for money is by no means the worst thing in the whole world. It's far from it. It's certainly a whole lot better than marrying for love." pic.twitter.com/nh3bZNPySY

Women who marry for money, that is a whole lot better than marrying for love! That’s the case I am making, and it’s one that I believe to be absolutely true otherwise I wouldn’t tell it to you, and I’m bringing some information where this story is rooted in the Bible.

See, we’ve been conditioned by the propaganda of the culture, that when we hear, “Oh, she married him for love,” oh that’s wonderful! No, it isn’t! It’s a calamity in the making, probably. Not always. Not always. But you stand a far, far better chance, assuming you know nothing else about him other than #1, you fell in love with him, or #2, he’s made some money honorably, go with the latter. Please.

Marrying for money is by no means the worst thing in the whole world. It’s far from it. It’s certainly a whole lot better than marrying for love.

Religion: It always finds a way to kill the romance. It won’t surprise you to learn that Lapin is effectively a believer in the Prosperity Gospel and the idea that God wants you to be wealthy.

I don’t know what Bible verse he’s pointing to in defense of this, but does it matter? If your takeaway from anything in that book is that money beats love, in any way, for any reason, it’s not a book worth revering. 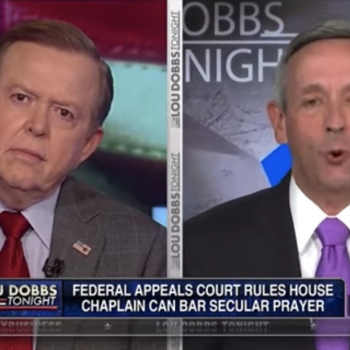