Here’s What People Have Learned at Ark Encounter

For some reason, the folks at Ark Encounter asked on Twitter what people had learned from visiting the attraction. 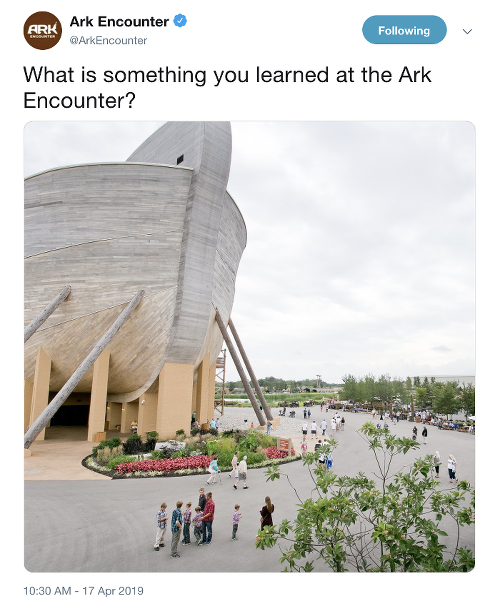 That the public school system in the United States is failing its students and has been for quite some time.

There is a wealth of tax money that could be going to children's educations at public schools and also to maintaining national infrastructure, helping people to succeed and be safe, instead of just going into the coffers of groups who don't actually produce anything.

That more science needs to be taught in ALL schools.

That using money to create a monument to a fairy tale mass genocide instead of feeding the hungry or helping the homeless is very, VERY Christlike.

Religion doesn’t create as many customers as it used to.

That someone stole the Epic of Gilgamesh and built it in Kentucky.

There’s one born every minute.

The price of gullibility is $42 per adult plus parking.

The parking lot could be smaller?

A fool and his money are soon parted.

That willful ignorance is a helluva drug.

We need to invest more money in science education. https://t.co/Ic6uXf23fa

Look at that! We all learned important things from Ark Encounter!… Just not any of the things they wanted us to learn.

April 18, 2019
TN House Votes to Amend Its Constitution to Include Reference to "Almighty God"
Next Post 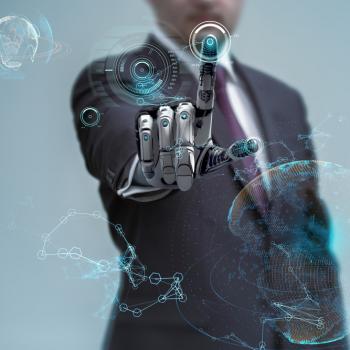 April 18, 2019 No Sexbots Allowed, Say Evangelicals in Statement on Artificial Intelligence
Browse Our Archives
What Are Your Thoughts?leave a comment