E.W. Jackson: Pete Buttigieg Wants to Turn the Country Into a “Homocracy”

E.W. Jackson, the radio host and failed politician, said on his radio show “The Awakening” yesterday that the nation will be destroyed if Pete Buttigieg ends up winning the presidency. That’s because he will inevitably put Christians in prison on the way to making America into a “homocracy.”

He specifically got upset by Buttigieg kissing his husband at a campaign rally. And if you’re “normal,” Jackson said, you’d be disgusted too.

“They do this publicly because they want to wear down the sense of disgust that people feel, they want to erode it,” he continued. “I don’t even want to see that. I really don’t. It’s disgusting and all the men in America, all the normal men in America, know it’s true. They know it’s true … When God calls it an abomination, you know what an abomination means? It means something particularly detestable and it implies that it causes you to become nauseated … This is how normal people feel and they are basically forced to suppress those feelings because of the gay mafia and the degree to which they will try to destroy anybody who won’t go along.”

Jackson warned that if Buttigieg were to become president, he will use the power of the government to shut down Christian broadcasters and businesses because LGBTQ activists want nothing more than to put Christians in jail and turn America into a “homocracy.”

Bear in mind that Buttigieg is a Christian himself… I’m not sure why he would want to put himself in prison when he could be president.

People like Jackson are so blinded by their hate that they fail to address the actual problems we face. Instead, they’re always making up their own problems with new enemies — anything to distract from their goal of forcing everyone to live under their conservative religious rules. 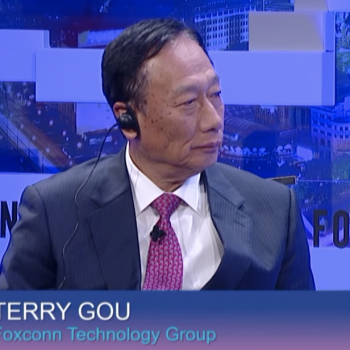 April 17, 2019
Terry Gou: I'm Running for President of Taiwan Because a Sea Goddess Told Me To
Next Post 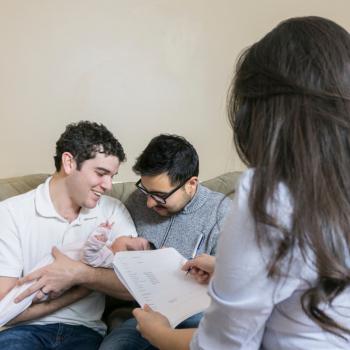