Donor Tells Parents of Toddler With Cancer: I Won’t Give Because You’re Lesbians April 17, 2019 Hemant Mehta

Donor Tells Parents of Toddler With Cancer: I Won’t Give Because You’re Lesbians

Tiffany and Albree Shaffer found out earlier this year that their 18-month-old daughter, Callie June, suffered from advanced neuroblastoma. According to a news report, the cancer had advanced to the point where she was in need of 18 months of “chemotherapy, radiation treatment, a bone marrow transplant and surgery.”

She’s current in the hospital (and doing okay!) and her parents created a GoFundMe page to raise money for her treatment. But on the Facebook page where they’ve been providing updates on Callie June’s treatment, someone recently sent a message saying they were going to donate thousands of dollars… until they realized the girl’s parents were lesbians.

“My prayers for Callie. I was going to donate $7600.00 to her fund, but I found out her parents are lesbian. I’ve chosen to donate to St. Jude due to that fact. Sorry. I’ll still pray for her though but maybe it’s God’s way of getting your attention that she needs a mommy and a daddy, not 2 mommy’s,” the message read.

It’s a despicable statement coming from anyone, and even more perverse that a Christian would use a baby girl’s cancer as a way to demonize her loving parents.

At least that message is getting coverage, leading more people to donate to the GoFundMe page.

Callie’s parents also said that so far, 96% of her tumor is dead and she may be able to go home soon.

There were a couple of red flags that stood out, of course. Who donates $7,600 to a stranger’s fundraiser, regardless of the cause? Why that specific amount? Who sends a message like that? Some people on Facebook are suggesting it was just a troll. Even if that’s true, it’s an awful thing to do. The person who made the comment has apparently deleted (or locked down) her page so we can’t get in touch with her.

In case you’re wondering, by my count, they raised a little over $4,400 before posting about the message. They’ve raised more than $40,000 since then.

That’s not to say this is all some conspiracy. The parents were providing updates before the incident and they’ve continued acting the same way afterwards. Other than noting the nasty message, their focus seems to be exactly where it should be: on their daughter.

Here’s hoping for a complete and quick recovery. 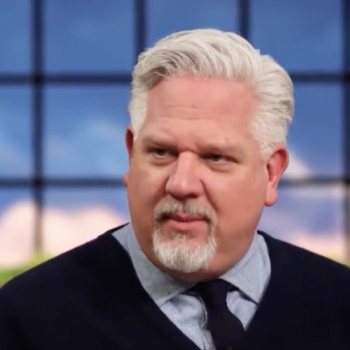