Did Secular Culture Lead to the Devastating Notre Dame Blaze?

Yesterday evening, the world famous Notre Dame cathedral in Paris was gutted by fire. The astoundingly destructive blaze gave rise to sadness, grief, and incredulity. Surely, recriminations are soon to follow. It hardly seems possible that such a monumentally important building — a high-watermark of medieval European civilization — wasn’t better prepared for, and perhaps secured against, disaster.

In this day and age, gothic masterpieces aren’t supposed to be reduced to embers by a few wayward sparks. Disaster plans and the presence of professional fire crews are expected keep the damage under control. 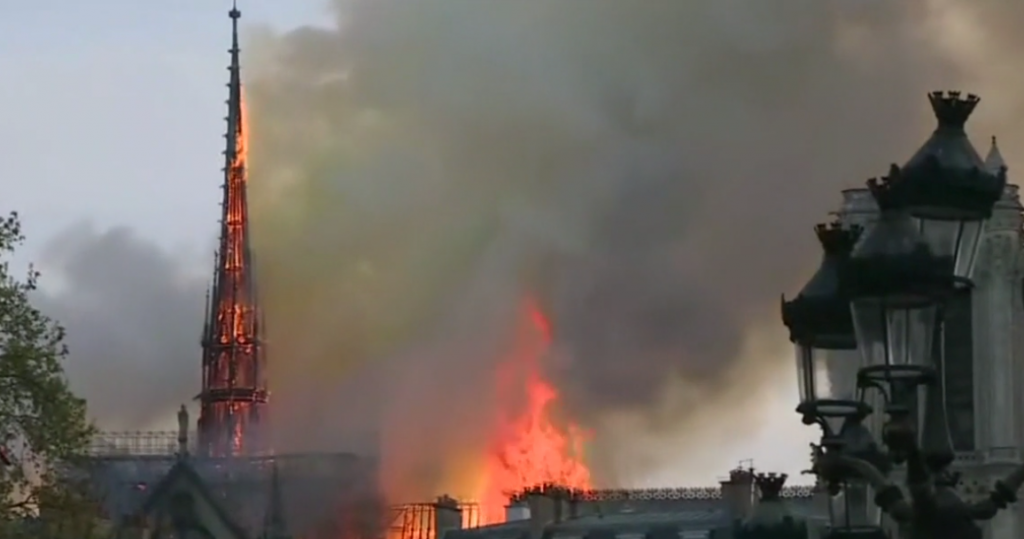 I’ve already seen the first signs on social media that some of the blame will be deposited at the feet of France’s famously secularist culture. The country’s laïcité (secularity), a founding principle of the French republic, means that the state sternly keeps entanglements between religion and government to a minimum. A Facebook friend wrote me that someone in the know had explained to her that Notre Dame

“… had limited government funding because it was a church and not … government property.”

In fact, the French state owns Notre Dame, says the New York Times, but the bit about limited government funding could be true. According to the paper, the French state contributes $2.4 million a year to the cathedral’s upkeep. That seems hardly adequate for a building of Notre Dame’s size, nature, and age. But of course lots more money for restoration and improvements was available. When the fire broke out, Notre Dame had been undergoing $12 million worth of repairs (paid for with public funds). Since long before the fire, the Archbishop of Paris, Michel Aupetit, had been trying with some success to shake loose more than $100 million from corporate donors and other well-wishers. Organizations like Friends of Notre Dame, based in the U.S., have also engaged in spirited fundraising.

It arguably hasn’t been enough. 18 months ago, the Times ran a story that detailed how costly and daunting it was to keep Notre Dame from crumbling.

Philippe Villeneuve, the chief architect in charge of the cathedral’s renovation, explained that Notre-Dame is tricky to restore because in Gothic architecture “the elements all have dynamic structural roles.” Pinnacles, for instance, help anchor and stabilize the flying buttresses, which take on the weight of the cathedral. The twisted and mocking faces of the gargoyles serve as much to decorate as they do to evacuate rainwater.

“If you remove one of those elements, there is a disequilibrium somewhere,” Mr. Villeneuve said. “The whole building isn’t going to crumble just because you lose three pinnacles, but it will unbalance it.”

In the Times‘ news story about the fire, Vincent Dunn, a former New York City fire chief, says that for all their imposing majesty,

Predictably, there’ll be blame to spread around. The better news — tinged with irony — is that money to restore Notre Dame may be relatively easy to come by since the catastrophic fire. Laïcité notwithstanding, there’s no way the French government won’t contribute generously to resurrect the cathedral, often seen as the historic heart of the nation. A French billionaire, François-Henri Pinault, has already pledged 100 million euros for the rebuilding project. The family of Bernard Arnault, owners of the luxury goods group LVMH Moët Hennessy Louis Vuitton, plan to contribute 200 million euros. (It would behoove the Vatican to kick in at least that much.)

As Hemant mentioned, small donations are welcome too. 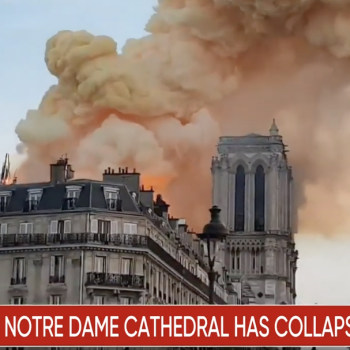 April 15, 2019
The Notre-Dame Cathedral Fire is Tragic No Matter What You Think About Religion
Next Post 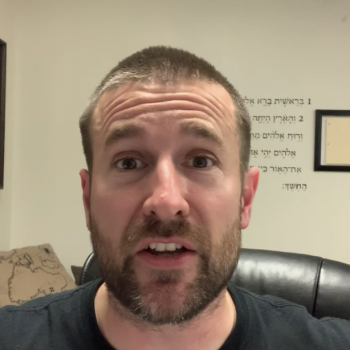 April 16, 2019 Hate-Preacher Calls on God to "Curse" Bank for Closing Church's Accounts
Browse Our Archives
What Are Your Thoughts?leave a comment