Remember Paige Patterson, the charming Baptist leader who told a battered wife that her two black eyes were a good thing?

Southwestern Baptist Theological Seminary, which Patterson led before his downfall, recently removed stained glass windows depicting its former president (along with other conservative Baptist leaders) from their campus chapel, according to the Alabama Baptist:

A letter dated April 3 sent to “ministry partners” and signed by Kevin Ueckert, chairman of the SWBTS board of trustees, stated in part:

“After much prayerful consideration and discussion, we have concluded that it is in the best interest of the institution to remove and relocate the stained-glass windows installed in our J.W. MacGorman Chapel and Performing Arts Center. Expenses to remove the windows are minimal and will be covered by the seminary. … The seminary will safety store the windows until we have a chance to discuss with you the next steps.”

The first of several stained glass windows were installed in the chapel in 2013, according to an article in the Fort Worth Star-Telegram. The Star-Telegram reported then that the windows were the dream of Patterson’s wife, Dorothy.

“My dream was to portray the 20-year history of the conservative resurgence of the Southern Baptist church,” Dorothy Patterson was quoted as saying.

The letter says that the windows weren’t removed for any particular reason… but it’s hard to imagine that Patterson’s despicable behavior and treatment of women didn’t have anything to do with it. Remember: In 2003, he told an SBTS student who had allegedly been raped that she should not report the incident to local law enforcement officials and that she should forgive her assailant. The student was also on probation for two years, presumably for being alone with a man in her apartment. Patterson was fired from the school not long after that incident became public knowledge last May.

Unfortunately, it’s going to take a lot more than removing some windows to repair the damaged legacy that Patterson left behind. But not treating him like a saint is a start. Maybe the next step will be admitting the reason why he doesn’t deserve that accolade. 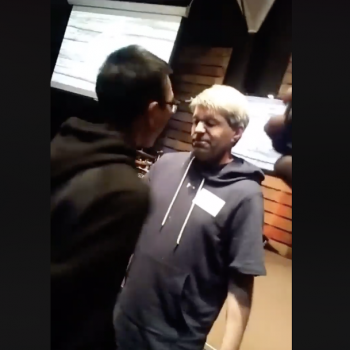 April 16, 2019
Students Physically Abuse Pastor, At His Request, As Part of Weird Jesus Lesson
Next Post 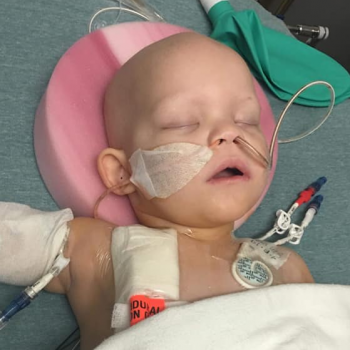