Wayne Gangi, a dentist from New Jersey, was planning to celebrate Easter with a display of bunnies outside his office. That’s exactly what he did. They just happened to be scantily clad mannequins with Playboy Bunny ears holding Easter baskets. (Because Hugh Hefner would’ve turned 93 last Tuesday.) 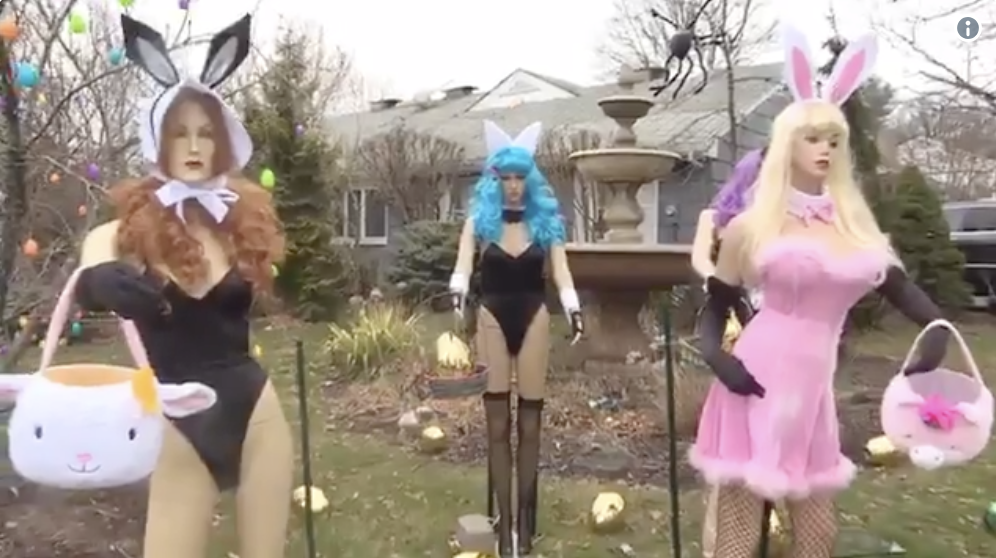 Is it inappropriate? A bit risqué, perhaps, but it hardly seems offensive. Plus, it’s on his private property, so he’s free to decorate it (within reason) as he wishes. The mayor of Clifton, James Anzaldi, even told a local newspaper that he couldn’t force Gangi to remove it because “This is a First Amendment-type thing.”

That didn’t sit well with Desiree Shepstone, a local mother who lives across the street from the display, who was so bothered by it that she used garden shears to take down the display herself… all while a local news camera caught her in the act — not that she cared.

As I was teasing the story for our 5PM newscast, a woman who identified herself as a resident (and had told me earlier that she found the display disgusting and inappropriate) showed up.

You can see her in the upper left corner — with clippers. pic.twitter.com/Ub1pBY9DkP

The woman, as you can see, takes apart the entire display.

When I asked her if she was concerned about getting a fine or being arrested for destroying someone else’s property – she said “no, I think it would be worth it.” pic.twitter.com/3WKXbVXkaj

“She knew the cameras were there. She’s attention-seeking,” Wayne Gangi, who practices out of his Clifton home, said Thursday — adding that he’s pressing charges against her.

No kidding. Shepstone has now been charged with third-degree criminal mischief.

I’m hoping she isn’t just let off the hook for this. She committed an act of vandalism — the sort that would get national attention if this were a Nativity scene. Just because it’s poking fun at a cultural tradition doesn’t give anyone the right to destroy it. If you don’t like it, do better, like the woman who put dragons up on her lawn over Christmas. (When people complained, she added haloes to the display.)

If Shepstone was hoping to send a message to her 16-year-old son, as she claimed, it worked. But instead of blocking him from seeing something he probably sees every damn day on the internet, she showed him that his mother is a petty criminal who solves problems by damaging other people’s property.

April 14, 2019
Bryan Fischer: Pete Buttigieg Would Be the "Biggest Threat to Religious Liberty"
Next Post 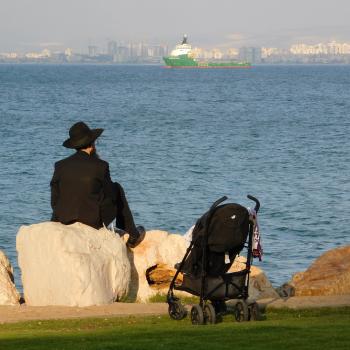