Texas Republican State Rep. Tony Tinderholt is the primary author of a bill, HB 896, that would classify abortion as a homicide.

Women who have abortions could theoretically be punished with the death penalty… so the “pro-life” side here wants to kill women to save an unborn fetus.

Tinderholt pushed a similar bill in 2017 (that thankfully went nowhere) because he wanted to make women more “personally responsible” for their sex lives. Mind you, that 2017 bill had no exceptions for victims of rape… so he had every intention of making rape victims suffer even more.

He also framed this bill as simply making the law fair.

See? He’s not “criminalizing women.” He’s just saying it’s okay to murder them if they choose to end a pregnancy when he decides that’s not okay.

Tinderholt, by the way, is currently on his fifth marriage to a fourth woman. Jesus is okay with that, apparently. Just not women having autonomy over their own bodies.

This new bill, however, just received a public hearing in the State House’s Committee on Judiciary and Civil Jurisprudence. It’s being considered. And that alone is frightening.

As you’d expect, the side of “let’s kill women” (also know as Republicans) went off the deep end in their testimonies.

In all, 446 witnesses registered their approval for the bill. Mainly representing faith groups and local arms of the GOP, they told lawmakers they would have to account for their actions before their “creator” as well as before their voters. The “pro-life” label wouldn’t protect them, said a GOP precinct chair, Cassandra Weaver, in a prophecy for the committee’s Republicans, some of whom have been reluctant to endorse the legislation. Voters, she said, “think that you’ve come into this office because you are trying to end abortion.”

Faith wasn’t the only justification offered for the bill. “We are literally missing billions of dollars in taxpayer money,” one woman said, suggesting that preventing abortion would increase the state’s population, meaning more people contributing to public coffers.

(I would argue that women staying in the work force instead of giving up their independence to care for a child they aren’t ready to have would help the economy far more.)

At least some sensible people spoke up at the hearing.

“Murdering your citizens for a medical procedure is pretty extreme to me,” said Caroline Caselli, a technology CEO recently transplanted from California, who said she feared for her female employees.

This should all be too much, even for Texas Republicans, but the anti-choice side is always trying to one-up itself when it comes to defending fetuses. Why would a pile of dead women ever get in the way of that? 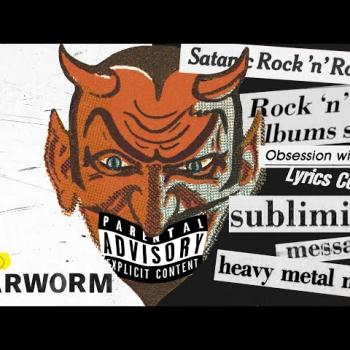 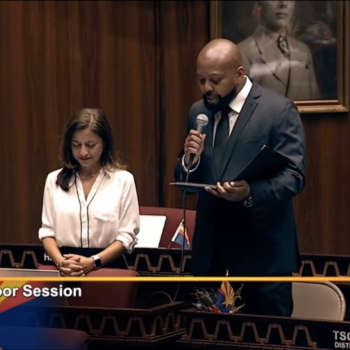 April 11, 2019 Humanist Delivers Invocation in AZ House: "Be the Lighthouses of Reason"
Browse Our Archives
What Are Your Thoughts?leave a comment