In 2015, the Mormon Church announced a new policy saying same-sex marriage was an act of “apostasy” (subject to disciplinary action by LDS officials) and that children of gay parents could not get baptized unless they disavowed their parents’ relationship. 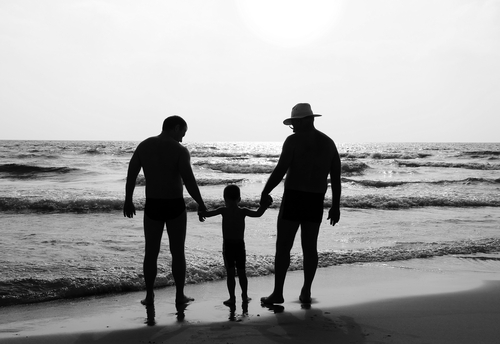 As one frustrated ex-Mormon wrote on this site, it was beyond cruel, even within Mormon doctrine, to punish children for the “sins” of their parents.

Eight-year-old children are expected to make lifetime commitments they can’t possibly understand to a Church that continues to deny its own history and doctrines. Heavenly Father wants everyone — and quickly — before they start looking too deeply into the closet.

Even if those children are raised in this fraud of a Church by those loving parents. Even if those children believe with all of their tiny, pure hearts that there is a Heavenly Father, and that Jesus knows and loves each of his beloved and innocent children. Even if all those kids want for their eighth birthday is to be washed clean of their supposed “sins.”

The LDS Church will now tell them, “No. You are lesser in the eyes of Jesus and Heavenly Father.”

The policy change wasn’t just upsetting for ex-Mormons who knew how much it would hurt their LGBTQ friends. It was infuriating to practicing Mormons who saw this as a needlessly cruel attack on LGBTQ people.

It led to public protests in the form of mass resignations. (Listen to comedian Lewis Black read a letter from someone who decided to leave the Church after the policy change.) There were also petitions called on performers to cancel appearances with the Mormon Tabernacle Choir (now called the Tabernacle Choir at Temple Square) and boycott athletic competitions against Brigham Young University.

All of that must have had an impact. Because the Church’s leaders announced today they were finally walking back those rules.

Children of parents who identify themselves as lesbian, gay, bisexual and transgender may now be blessed as infants and later baptized as members of The Church of Jesus Christ of Latter-day Saints, according to updates announced Thursday to November 2015 church policies intended at the time to maintain family harmony but perceived as painful among some supporters of the LGBT community.

The church also will update its handbook of instructions for leaders to remove the label of apostasy for homosexual behavior that also was applied in November 2015, said President Dallin H. Oaks, first counselor in the First Presidency, who announced the changes on behalf of the First Presidency on Thursday morning during the leadership session of the church’s 189th Annual General Conference.

The LDS leaders insisted that there’s no change in Church doctrine. It’s eternal and unchanging. Except for the part they’re totally changing.

Under the new policy, same-sex marriage itself isn’t a crime under Church rules… unless the gay people have sex, in which case it’s very much a crime. For children (older than 8) of same-sex parents, they don’t need to get special permission or disavow their parents’ relationship to become an official member of the Church.

It’s not the first time the LDS Church has revised its policies. They famously allowed black men to become priests in 1978… after 126 years of rejecting them. They routinely change the amount of time young Mormons must go on mission trips. They even asked people to stop calling them “Mormon” last year. So it’s not unusual to see them shift gears.

Still, it’s weird that these supposedly divine revelations have to be updated so damn much… and often only after pressure from the outside.

The question now is whether being slightly more accepting of gay and lesbian couples will prevent more people from leaving — and whether those who left over the policy change will consider returning. I would like to believe those who escaped the religion found peace and happiness on the other side and they’re not about to go crawling back.

Ryan McKnight, founder of MormonLeaks, said he was “speechless” on Facebook this morning. He also wondered, “how bad must their internal data on this have been for them to do this?”

A number of ex-Mormons have responded to the change with far more cynicism, suggesting the damage is already done and noting that the LDS Church’s announcement included no apology for the harm they caused.

Nothing the Church announced, however, changes the perception that they are anti-LGBTQ. They are. They’re a little less cruel about it today than they were yesterday, but they don’t deserve praise for being compassionate when they still treat being gay as a problem that needs to be solved or limited. 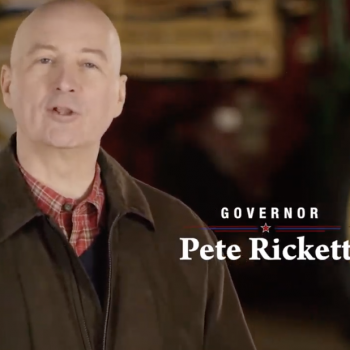 April 4, 2019
Nebraska Governor, a Climate Denier, Calls for "Day of Prayer" After Flooding
Next Post 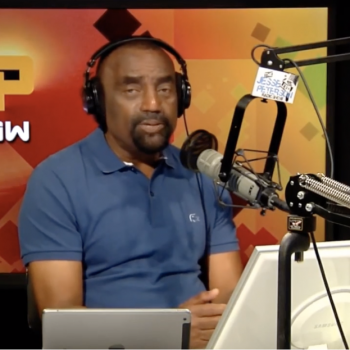