Every time Rajan Zed delivers an invocation, it seems there’s drama. For more than a decade the Hindu “statesman” has been giving invocations everywhere he can and conservatives always respond in the worst possible ways.

In 2007, when he spoke in front of the U.S. Senate, he had hecklers. A few years ago, in front of the Idaho Senate, three Republicans walked out on him, with one even saying he couldn’t be in the room because Hindus “worship cows.”

And now something similar has happened in North Dakota, where Zed gave an invocation in English and Sanskrit in front of the State House on Monday morning. 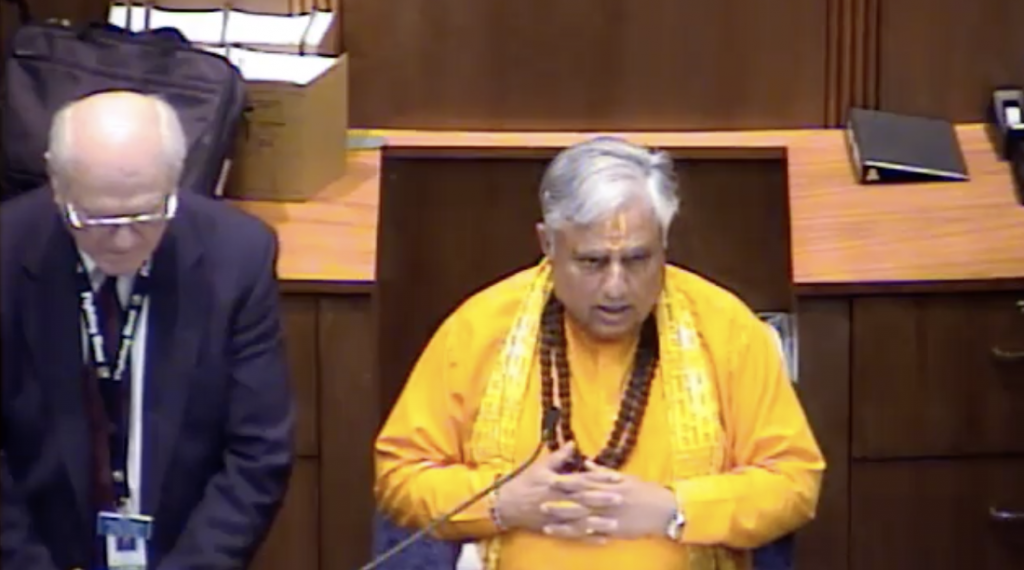 There was nothing wrong with the invocation itself. It was his presence that turned out to be a problem for several Republicans. A number of them sat in the back of the chambers while Zed spoke (because I guess standing by their seats would mean they hate Jesus).

Minot Republican Rep. Jeff Hoverson, a Lutheran pastor, sat in the back of the House chamber during Rajan Zed’s prayer while other lawmakers stood at their desks. He told reporters afterward that the state’s constitution “does not refer to a Hindu god. It refers to … the one true God.”

“I accept him, but I don’t want to be compelled to pray to a false god,” Hoverson said.

Lisbon Republican Rep. Sebastian Ertelt, who’s Catholic, also sat in the back during the prayer. He said Zed wasn’t “praying to the same God that I pray to.”

“I’m not Hindu, so out of respect I just stood to the back,” [Rep. Luke] Simons said, a comment [Rep. Daniel] Johnston echoed.

Despite the Christian supremacy rhetoric, their actions don’t bother me all that much. Those legislators have every right not to listen to the prayer, though I would add that if other legislators did the same thing when a Christian spoke, those lawmakers would no doubt be calling it disrespectful.

What’s really troubling is what one of those legislators did beyond the protest.

Hoverson planned to submit a letter to Legislative Management, a powerful panel of lawmakers, stating that he was “saddened” a Hindu prayer would be offered in the House.

“It took many of us by surprise and, I believe, was unfair,” wrote Hoverson, a freshman lawmaker. He said he’s a member of the Church of the Lutheran Brethren denomination, which he said is generally more conservative.

What the hell is that about? He’s saddened that a religious invocation was delivered by someone who didn’t share his religion?! There’s nothing “unfair” about that. Inviting a non-Christian is exactly what “fair” looks like.

Hoverson just assumes the government should be a personal church service for him every day, and he can’t believe anyone would have the audacity to believe some other brand of nonsense.

This is a perfect example of why invocations should be eliminated. Too many people, politicians included, understand that it’s just an excuse to have Christian prayers at government meetings. On the infrequent occasions when non-Christians speak, it’s a circus for everyone involved.

The lawmakers would be better off just getting to work and saving the prayers for when they’re off the clock.

(via Say Anything Blog. Thanks to Brian for the link) 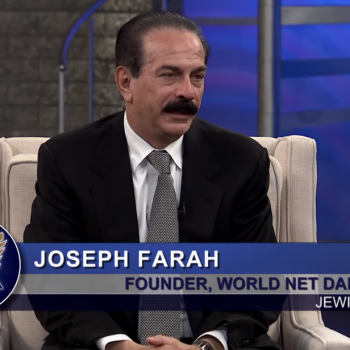