In Nebraska, Atheists Now Have Their Own Caucus in the Democratic Party March 31, 2019 Hemant Mehta

In Nebraska, Atheists Now Have Their Own Caucus in the Democratic Party

Over the past few years, the Democratic Party has approved the formation of a “Secular Caucus” in a handful of states. Texas, Utah, and Arizona have all said yes to taking into account atheists’ ideas when drafting platform measures and advising candidates. (The Libertarian Party has also done the same thanks to a former New Hampshire representative.)

It’s a formal way to give atheists a seat at the table in a way that goes beyond mere symbolism.

Now a group of atheists in Nebraska are joining the mix. After first launching in March of 2018, the Nebraska Secular Democrats are now officially part of the state’s Democratic Party.

You can see the announcement at the 2:36:36 mark of yesterday meeting of the state’s Democratic Party:

There was some pushback against the caucus from some people who felt there shouldn’t be “faith” caucuses of any kind, and that all caucuses should be issue-orientated, but the caucus was ultimately approved (at the 2:55:00 mark).

What does that mean, practically speaking? Joseph Couch, the chair of the caucus (and the guy speaking on behalf of the caucus in that video), says the affiliation will grant the group access to the Voter Access Network (the party’s database of voters and supporters) as well as those who “understand the political process.” All of that is useful, he says, for his goal of making sure atheists in the state are represented on Election Day. (We regularly vote beneath our weight. While roughly 30-40% of the nation is unaffiliated with religion, only 17% of voters said the same thing in 2018.) The caucus will also be able to receive members-only training. Couch added in an email to me that “what the announcement means is that secular Nebraskans finally have an affirming place in politics, which is intensely satisfying for me emotionally.”

Nebraska is also unique in that there’s no formal “House” or “Senate.” There’s just one chamber and there are public hearings on every vote. That means there’s value to being able to get allies to attend hearings and lobby their senators. A caucus helps organize all that.

Couch also said his caucus plans to focus on three areas: Action (all about legislative affairs and supporting like-minded candidates), Community (recruiting new members and doing public outreach), and Social (creating a welcoming culture). He already has volunteers within the group ready to head up each of the areas.

He also has a long-term plan: getting more atheists elected to public office. (Nebraska has two openly non-religious senators: Megan Hunt (a newly-elected senator who uses the label “atheist”) and Ernie Chambers (who’s been a senator for decades and who doesn’t use any religious label). You can’t elect more, though, without first organizing a bloc of voters who would support those candidates and making other voters comfortable with them. Couch also hopes to hire canvassers to specifically target non-religious non-voters in order to increase turnout in future elections.

If you’re in the state and interested in becoming a member, consider joining their Facebook page (until a more formal website is up and running). Members will eventually have to be registered Democrats, support church/state separation, and provide their contact information. (To vote on caucus issues, they would also need to attend quarterly meetings.) 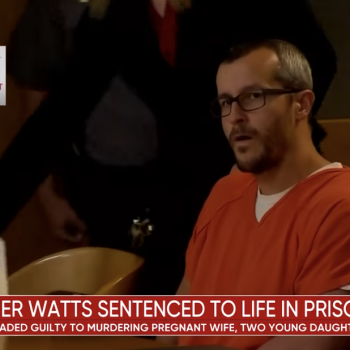 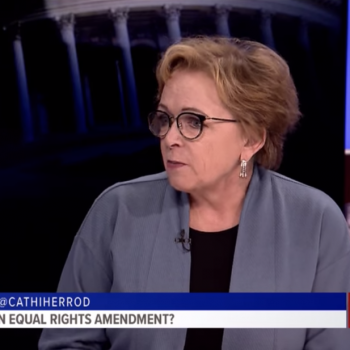 March 31, 2019 Christian Activist May Block Funding for AZ Info Hotline Over Abortion Referrals
Browse Our Archives
What Are Your Thoughts?leave a comment