Jackson said on his show “The Awakening” this week that such activists are just out to hurt Christians any way they can.

“I really have an abhorrence to using the word ‘gay’ because I’m tired of allowing them to appropriate the language and change the definitions of words so that you can no longer use them in normal parlance and vocabulary,” Jackson groused. “The word ‘gay’ used to mean happy, carefree, joyful and now it means homosexual. Of course, this is what Satan does. Satan perverts the language in order to advance his lies, because if you know what the Bible teaches about homosexuality, there ain’t no way a homosexual is gay. That’s not happy, joyful fun; that’s misery.”

“[The left, particularly the activist homosexuals] are the servants of Satan and so they see Christians standing up for the word of God and they hate us and think that we’re the most horrible people in the world and that we need to be destroyed,” Jackson declared, “that we need to be driven from our jobs, we need to be denied a right to earn a living, we need to have our businesses closed up and boycotted and anything else they think they can get away with they’d be willing to do to us, including hurt us physically. And I really don’t believe that I am exaggerating at all.”

It’s appalling that Jackson paints gay couples as the bad guys when, for example, they just want to pay money for a cake that a Christian baker is already selling. They’re not preventing those people from “earning a living.” They’re trying to make them more successful! Yet because they dare to exist without shame, Jackson assumes they’re just doing it to punish Christians. As if everything the world does has to somehow revolve around him. 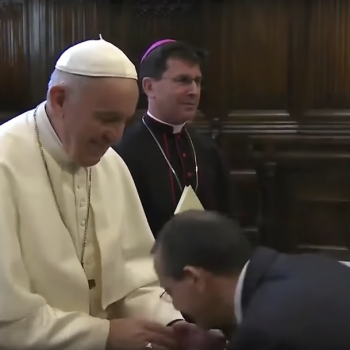 March 29, 2019
Pope Says “Hygiene” is Why He Snubbed Ring Kisses in Viral Video
Next Post 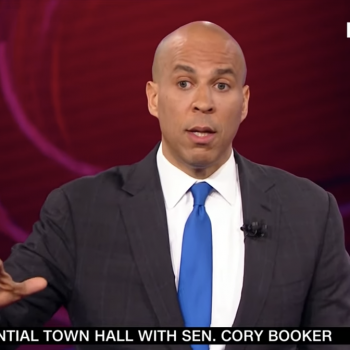 March 29, 2019 Podcast Ep. 263: Cory Booker Won't Be Friending Us
Browse Our Archives
What Are Your Thoughts?leave a comment