On Monday, Pennsylvania State Rep. Stephanie Borowicz delivered a sermon in lieu of an inspiring invocation. She used the opportunity of the first Muslim state representative’s swearing in to tell her colleagues and citizens in the gallery that Jesus was their “only hope.” 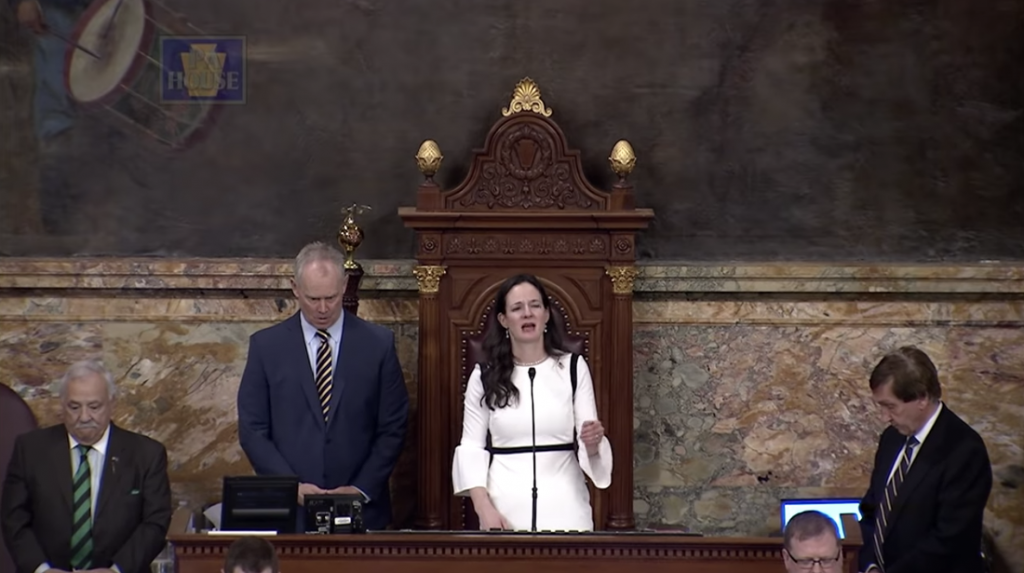 It was a disgraceful act that underscores why invocations should be eliminated from government meetings altogether — and that’s especially true in the PA House, where atheists are currently banned from giving those invocations. (A judge struck down that ban last year, but Republicans in the House are appealing that decision.)

If Borowicz ever wants some advice on how to give a proper invocation, though, Mike Argento of the York Daily Record has some sensible advice: She should have looked to Deana Weaver, an atheist who delivered an invocation in the State Senate last week.

They have no problem with atheists speaking in that chamber, though Weaver is the first and (so far) only atheist to have given that opening “prayer” there.

Just five days earlier, on March 20, Weaver, an atheist, had delivered the invocation in the state Senate, saying, in part, “One principle that this great experiment of American democracy has taught us is that we are so much better when we work together in a spirit of inclusion … and so we Pray. We pray for this democracy of the people, by the people and for the people. We pray for government to serve all people equally.”

Weaver first delivered the invocation in April 2015, and since the world did not come to an end and the Senate wasn’t swarmed by locusts or pelted with a shower of frogs or hurled into a lake of fire, she was able to make a return trip.

“I am honored to be your Guest Chaplain for the state Senate, once again,” she began. “This morning, I strive to invoke your higher aspirations for the good of all of the people you have been elected to serve.”

I wouldn’t have used the “prayer” wording myself, but the point is that Weaver used her time to uplift the elected officials while Borowicz used her time to tell everyone they needed to convert.

What was Weaver’s reaction to Borowicz’s invocation?

Deana Weaver heard the invocation and said, “Oh my God. I’m speechless, and that is hard to do.”

I asked Weaver last night if she still felt the same way, having had more time to reflect on what Borowicz said, and it turns out she has plenty to say now.

While I have never been welcomed onto the floor of the PA House, I know it is of the same magnificent opulence that I witnessed from the floor of the Senate. So, what struck me most, coming from my own experience of standing in Borowicz’s shoes, was the awesome grandeur and overwhelming scale of the room… I was so humbled in that place.

My husband and I were escorted to our seats on the floor about ten minutes prior to my invocation. As I waited for my introduction, I remember wondering if the awe inspired by my surroundings lessens for legislators at work in this place every day. The AWE is the THING.

You should understand that, as I practiced my invocation alone at home, I grew increasingly concerned about my tone. I kept hearing an angry woman, raising her voice, chastising and berating political representatives and mad about saying things that SHOULD NOT HAVE TO BE SAID. Walking up to that podium, I was cognizant that my tone would be the defining factor… but what happened next surprised me.

As I began to deliver words I had said a hundred times before, I heard them for the first time coming without anger. The room, that stage I was put upon, had taken away my frustration and replaced it with humility. I physically could not raise my voice in anger, “We the people HAVE NO CAESAR,” as rehearsed.

As I watched the video of Rep. Borowicz’s invocation, after the horror of it all, I simply felt relief. That could have been me, if the room hadn’t tempered my emotions. So, maybe my previous question was answered. Maybe our legislators walk into that hallowed room without seeing it.

The House, apparently, doesn’t give speakers guidance on what’s okay and not okay before giving the invocation, but Borowicz’s speech made it clear she hasn’t listened to what other speakers have done. She used her time for selfish reasons, and she deserves to be criticized for it. 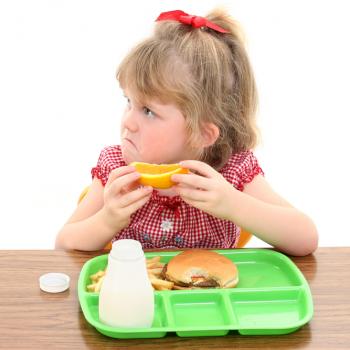 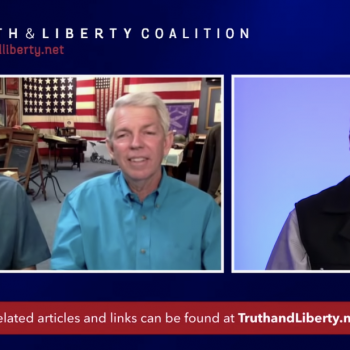