I can only assume that you win a prize in the Pennsylvania State House for saying “Jesus” during an invocation because State Rep. Stephanie Borowicz did it 13 times in about 90 seconds yesterday. She didn’t just praise Jesus; she longed for the day everyone converts to Christianity.

I suppose it’s only a coincidence that it happened on the same day that the state’s first Muslim legislator, State Rep. Movita Johnson-Harrell, was officially sworn in and had family members in the gallery.

… Thank you speaker. Let us pray. Jesus, I thank you for this privilege, Lord, of letting me pray, God, that I, Jesus, am your ambassador here today, standing here representing you, the King of Kings, the Lord of Lords, the great I Am. The one who’s coming back again. The one who came, died, and rose again on the third day.

And I’m so privileged to stand here today. So thank you for this honor, Jesus. God, for those that came before us like George Washington at Valley Forge and Abraham Lincoln who sought after you in Gettysburg, Jesus, and the Founding Fathers in Independence Hall, Jesus, that sought after you and fasted and prayed for this nation to be founded on Your principles in Your words and Your truth.

God, forgive us. Jesus, we’ve lost sight of you. We’ve forgotten you, God, in our country. And we’re asking you to forgive us, Jesus, that Your promise and Your words says that if My people who are called by My name will humble themselves and pray and seek Your face and turn from their wicked ways, that You’ll heal our land.

Jesus, You are our only hope.

God, I pray for our leaders. Speaker Turzai. Leader Cutler. Governor Wolf. President Trump — Lord, thank you, that he stands beside Israel unequivocally, Lord. Thank you that, Jesus, that we’re blessed because we stand by Israel, and we asked for the peace of Jerusalem as your word says, God.

We ask that we not be overcome by evil, and that we overcome evil with good in this land once again. I claim all these things in the powerful mighty name of Jesus, the one who, at the name of Jesus, every knee will bow, and every tongue will confess, Jesus, that you are Lord, in Jesus‘ name, amen.

An invocation is supposed to be inspiring and uplifting and inclusive. While the Supreme Court said in the Greece case that sectarian language was allowed in invocations, the justices also said that prayers which, over time, worked to “denigrate” or “proselytize” would be unconstitutional. In other words, if other invocation speakers regularly said what Borowicz did yesterday, the PA State House would be violating the law.

Borowicz’s invocation was neither uplifting nor universal. It was a Sunday morning sermon delivered from the driver’s seat of the State House.

It also took all the attention away from the Muslim colleague who was getting sworn in:

Johnson-Harrell said she was taken aback and offended — not just for herself, but for her family.

“I knew I was going to receive some discrimination because of my religion,” she said. “Because I’m a hijabi woman. And I am the first… but I did not think it would come on the actual day of my swearing-in.”

It seemed clear, she said, that Borowicz was “intentionally being offensive.” And she added, the comments stung her even more because Muslims “actually believe that Jesus was a prophet; Muslims understand the significance of Jesus in this world and in our own personal lives.”

At least Republicans seemed to agree that what Borowicz did was appalling.

House Minority Whip Jordan Harris, a Democrat, let her know it, too.

“Let me be clear. I am a Christian. I spend my Sunday mornings in church worshiping and being thankful for all that I have,” Harris said in a statement. “But in no way does that mean I would flaunt my religion at those who worship differently than I do. There is no room in our Capitol building for actions such as this, and it’s incredibly disappointing that today’s opening prayer was so divisive.”

Bear in mind this is the same State House that bans atheists from giving invocations at all. A group of atheists filed a federal lawsuit over the matter and won their case back in August, but the ruling was appealed on the grounds that the guest chaplain program had ended, making the whole matter moot. (That appeal is still pending.)

In the meantime, the legislators themselves are allowed to give invocations… At least everyone except State Rep. Brian Sims, the only openly atheist lawmaker in the House. I repeat: Even he’s not allowed to give the invocation. On Facebook, Sims called Borowicz’s invocation “unacceptable” and “offensive,” noting how a “legislature that bans secular affirmations on the floor allows for religious bigotry in prayer.”

If you’re expecting anything like an apology from Borowicz, don’t hold your breath. She shared the video of her invocation on her official Facebook page… along with a Bible verse. (At least commenters aren’t holding back in blasting her speech.)

Even beyond the blatant religious display, it’s also just plain rude for her to turn a special day for a Muslim colleague into one that was all about her and Jesus. Imagine their situations reversed and you can already see the Religious Right in synchronized fury.

The Pennsylvania House needs to end invocations for good. There’s no reason to have them, they’re literally discriminating against atheists, and it’s providing a platform for theocrats who want to use their government position to promote their faith. 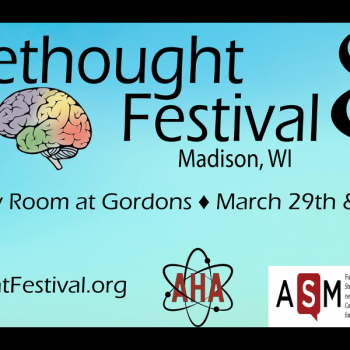 March 25, 2019
I'll Be Speaking in Wisconsin Next Week
Next Post 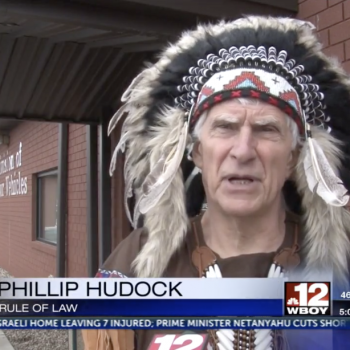