The Arkansas Department of Education has removed a religious component from an online health class after the Freedom From Religion Foundation pointed out that it was an unconstitutional promotion of faith.

The class is part of a curriculum in a state-sponsored program called Virtual Arkansas. One of the lessons, “Healthy Habits for Mental Wellness,” suggested a number of good habits students could practice in order to enhance their well-being. Being part of a larger community, whether it’s an after-school club or a church, would be a perfectly fine thing to say, for example, but this lesson went much further than that. 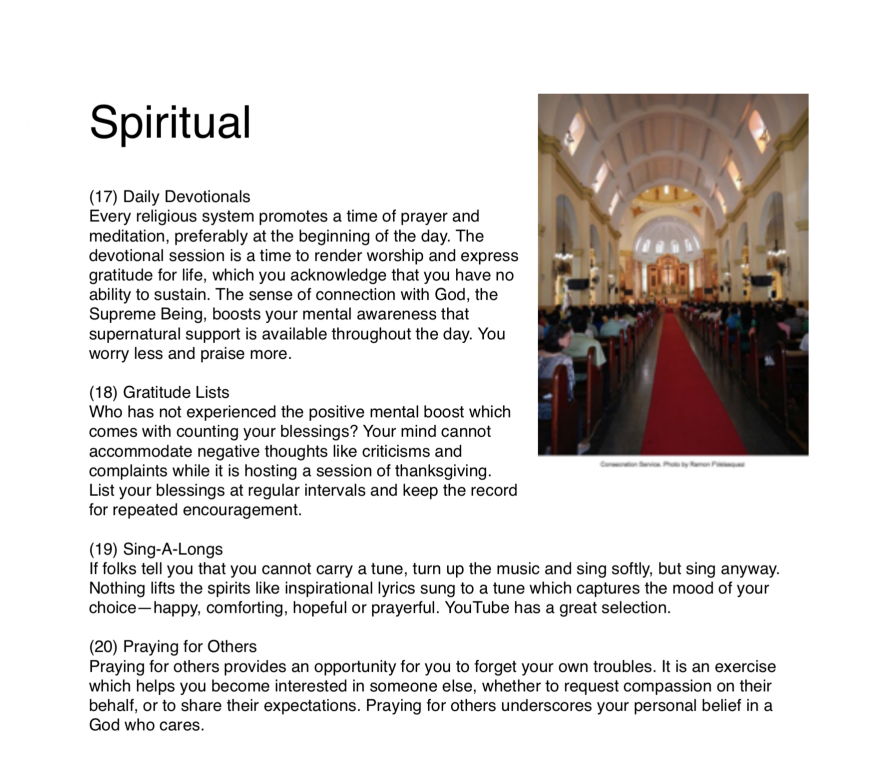 … One of these dimensions is “spiritual,” which is defined as “establishing a relationship with the Giver and Sustainer of life and health.” The program suggests students should tend to said “spiritual dimension” through, among other things, “daily devotionals” and “praying for others.”

“Every religious system promotes a time of prayer and meditation, preferably at the beginning of the day,” the program reads. “The devotional session is a time to render worship and express gratitude for life, which you acknowledge that you have no ability to sustain. The sense of connection with God, the Supreme Being, boosts your mental awareness that supernatural support is available throughout the day. You worry less and praise more.”

Under the “Praying for Others” heading, the suggestions continue: “Praying for others provides an opportunity for you to forget your own troubles. It is an exercise which helps you become interested in someone else, whether to request compassion on their behalf, or to share their expectations. Praying for others underscores your personal belief in a God who cares.”

Again, the problem isn’t that church or prayer was listed as an option. It’s the promotion of religion that crosses the line. As if atheists would be better off if they just spent some time praying for other people and finding a relationship with the “Giver and Sustainer of life and health.”

That’s why FFRF sent a letter urging the state to take that down:

The inclusion of this exclusionary proselytization as part of public school curriculum is completely inappropriate and demonstrates an unconstitutional endorsement of religion, FFRF Legal Fellow Colin McNamara points out to Department of Education Commissioner Johnny Key.

“It is well settled that public schools may not advance or promote religion,” McNamara writes. “Assigning students reading materials that encourage them to pray and worship a monotheistic god violates this basic constitutional stricture.”

It worked. In less than a week, the state’s Department of Education has agreed to get rid of that material.

The Department of Education’s general counsel responded to FFRF’s request with assurances that the troubling elements of the curriculum would be deleted.

“The Department of Education reached out to Virtual Arkansas and learned that the materials at issue will be removed on Monday, March 25, by Virtual Arkansas’ design and development team,” the letter reads.

FFRF commends the Arkansas Department of Education for taking such swift action to correct this violation and bring its health curriculum in line with constitutional standards.

“Public schools cannot be used as recruiting grounds for religious indoctrination,” comments FFRF Co-President Annie Laurie Gaylor. “We welcome the cutting out of this unconstitutional content from the state’s online health program.”

That’s wise, quick action on the part of the state government. Though I’d still love to know who thought including that material at all was a good idea…

Stay tuned for angry responses from conservative Christians who think practicing their religion (and only their religion) ought to be part of any health class. 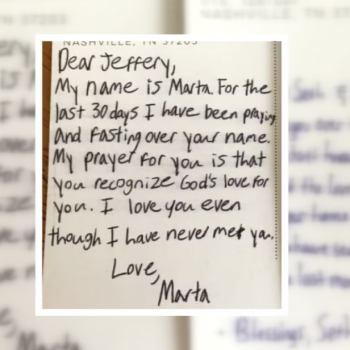 March 25, 2019 Kind or Creepy? Christians in TN Sent 40,000 Jesus-Filled Postcards to Strangers
Browse Our Archives
What Are Your Thoughts?leave a comment