Robert Jeffress: People Like Me Have “Deeper Convictions” Than Other Christians March 24, 2019 Hemant Mehta

Robert Jeffress: People Like Me Have “Deeper Convictions” Than Other Christians

Pastor Robert Jeffress, one of Donald Trump‘s most vocal white evangelical supporters, was asked on FOX News Channel this morning what he thought about a recent survey that found significant drops in religious affiliation and growth for the “Nones.”

After trying to spin this as good news for the religious, Jeffress argued that more conservative churches like his were “growing furiously” (an apt phrase for more than one reason). He also said the recent religious trends wouldn’t be a problem for Donald Trump at the ballot box because evangelicals — by which he means conservative white evangelicals — have “deeper convictions” about their beliefs and vote accordingly.

It’s a complete slap in the face to every believer who doesn’t share his view that belief in Christ is aligned with the Republican Party’s platform.

What an insult to every Christian who thinks we should act as Jesus would instead of allowing a political party to co-opt the faith so they can acquire power. He’s basically throwing a No True Scotsman at progressive Christians and people who aren’t part of churches like his.

While it’s true that conservative white evangelicals vote their weight (and then some) at the ballot box, it’s only because GOP candidates have no problem throwing them red meat. They promise to legislate against abortion, and against LGBTQ people, and against women’s rights — and that’s more than enough to get white evangelicals to support you. This administration has ripped children from their parents, made it harder for poor people to survive, spread racial bigotry, reveled in ignorance, and downplayed the president’s utter corruptness — and that’s before we get into the constant barrage of lies — and white evangelicals still don’t care.

Those are the people Jeffress claims “believe in absolute moral and spiritual truth.”

Meanwhile, Democrats like Cory Booker and Pete Buttigieg, who have spoken openly about how their faith guides their policy ideas — and how that means standing up for the oppressed, and fighting for criminal justice reform, and helping the sick — are cast aside as improperly religious by the likes of Jeffress.

His religion is grounded. Theirs isn’t deep enough.

There’s a change we’re likely to see in 2020: How powerful the Religious Left will be. In many ways, their values overlap with those of us who aren’t religious at all, and the question will be how well a Democratic candidate can appeal to both groups in order to grow their turnout.

A good candidate will be able to bring out more progressives than usual while Trump’s complete incompetence may dissuade some of those white evangelicals from supporting him this time around. 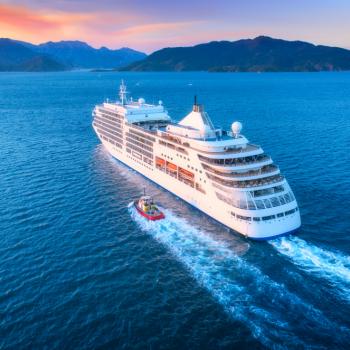 March 24, 2019
Flat Earthers Are Going on a Cruise (Powered by GPS That Requires a Round Earth)
Next Post 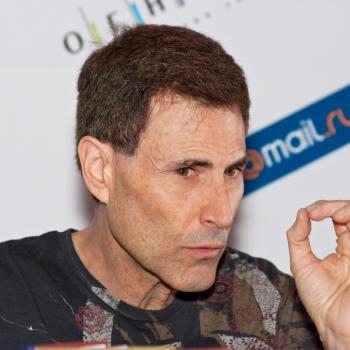