How is one of the country’s most prominent conservative Christians reacting to news of the Mueller Report (or at least Attorney General William Barr‘s summary of it)?

Just as you’d expect, Franklin Graham is putting no critical thought into it whatsoever, accepting whatever is handed to him at face value because he assumes the source is trustworthy and can do no wrong.

The Mueller report is in and — no evidence of collusion. The sad thing is, America has lost two years and untold millions of dollars on investigations as President Trump’s enemies spouted lie after lie…

The summary — which was written by a man Trump nominated precisely because he criticized Robert Mueller publicly — didn’t clear Trump of wrong-doing. According to Barr, the report says there’s no evidence of Trump and his aides working with Russia to interfere in the 2016 elections. However, the question of whether Trump obstructed justice is still in the air. And all of this assumes Barr is offering an honest summary of the report. That’s a lot of unearned trust.

In the meantime, the investigation led to “215 criminal charges, 38 indictments or pleas, and five prison sentences so far.” That includes six of Trump’s former aides. Furthermore, an unknown number of cases not directly involving the Russia matter were referred to federal prosecutors, whose investigations will continue. As many people have noted, if this was indeed a “witch hunt,” then Mueller caught a hell of a lot of witches.

Despite all that, Graham acts like the book has been closed on Trump’s corruption and all money spent on the investigation has been wasted. All those indictments and jail sentences and referred cases mean nothing to him. It’s everyone else who’s been lying… even though the running count on the number of lies told by Trump since taking office is 9,179 (and counting).

This is the problem with the Christian Right’s devotion to Trump. They refuse to criticize him for anything, and they treat his corruption as an attack on their faith and values. The truth can be dismissed if it implicates their guy.

I suppose it could be worse:

That sound you hear is everyone on Facebook collectively gagging.

Regardless of the weekend’s news, there are investigations that need to occur and many that are going on right now. This story isn’t over. Meanwhile, you have Democratic presidential candidates talking about bread and butter issues everywhere they go, progressive Christians who will be more powerful than ever fighting against Trumpism, and an energized liberal base eager to oust Trump and elect sensible Democrats to the Senate.

This will all come back to bite right-wing Christians in the ass — but only if we keep pointing out their incredible hypocrisies through 2020. 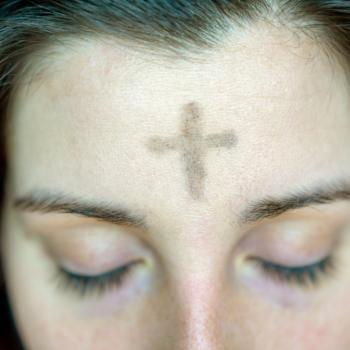 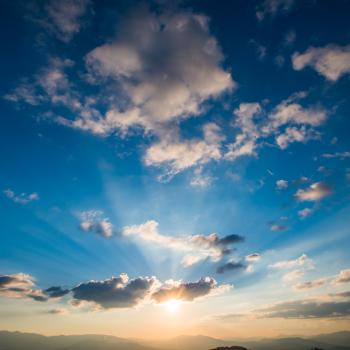 March 25, 2019 Researchers Say Moralizing Gods Didn't Develop Until After Societies Got Larger
Browse Our Archives
What Are Your Thoughts?leave a comment