An American priest who was convicted of molesting two boys, and was subsequently removed from his position in the Catholic Church, now teaches kids English in the Dominican Republic, according to an investigation by NBC News. 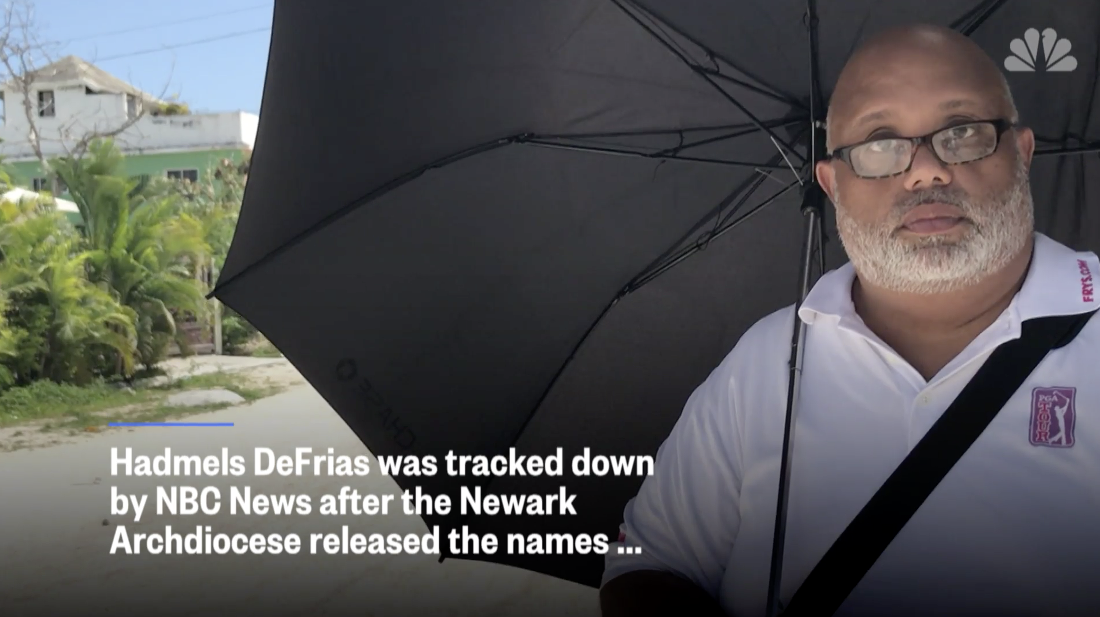 No one stopped the “defrocked” priest, Hadmels DeFrias, from working at a private school in a Dominican resort town. We’re supposed to believe, however, that he’s absolutely no danger to anyone.

The former priest, Hadmels DeFrias, 47, told the NBC News reporter who tracked him down that he is no longer a threat to minors and also claimed to be a bishop in the “progressive Celtic church.”

“I don’t see the children with those eyes anymore,” DeFrias said in an extensive interview outside the Colegio del Caribe school in Punta Cana, where he watched over dozens of young boys and girls while shielding himself from the sun with an umbrella.

“For me they are children and they need to be treated like children because that is what they are,” he said. “I don’t feel the attraction. I am not telling you that maybe someday it won’t be there, because I can’t predict the future.”

That may be the least comforting thing to hear from a man once convicted of fondling two brothers under the age of 14. I’m not feeling any attraction to kids at the moment, but you never know what the future holds!

God doesn’t cure pedophilia, and while DeFrias said he has been in therapy for a decade, we don’t know what type of therapy he’s in.

His crimes were serious enough that, in 2004, New Jersey officials banned him from interacting with kids in the state. Now the prosecutors are speaking out about his new role.

Charged with criminal sexual contact, DeFrias pleaded guilty in August 2004 and was sentenced to three years of probation, court records show. As part of his sentencing agreement, he was barred indefinitely from any future contact with children under 18 in the state of New Jersey.

After being contacted by NBC News, the Union County Prosecutor’s Office in New Jersey issued a statement disapproving of DeFrias’ position working with children.

“It is deeply concerning to hear that a defendant prosecuted, convicted and sentenced here for criminal sexual contact with children has resurfaced overseas, apparently with supervisory capacity over children,” the office said. “We would urge anyone in any jurisdiction to be vigilant and immediately report allegations of such conduct to local authorities.”

DeFrias also said that he didn’t tell his current employers about what happened in the states because he didn’t have to. We’re just supposed to accept that having another teacher in the same room and not having any doors in the building is enough to prevent him from molesting more children. Even though those restrictions aren’t in place outside the school day.

For the sake of the children, I hope there haven’t been further incidents. But it’s truly disturbing that a priest convicted of abuse can just pack up, move out, and start over from scratch even when he’s deemed a lifelong threat to kids elsewhere. 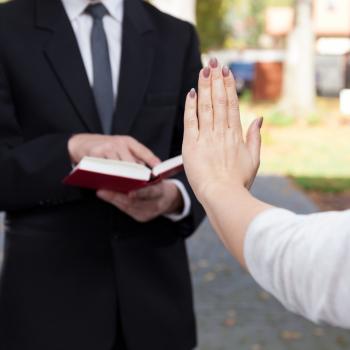 March 23, 2019
This Story About the Rampant Abuse Within the Jehovah's Witnesses is Terrifying
Next Post 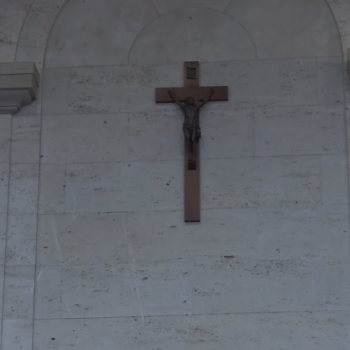