“Nones” Are Statistically Tied for the Largest “Religious” Group in the Country March 22, 2019 Hemant Mehta

According to just released 2018 data from the General Social Survey, “Nones” are now the largest single “religious” demographic in the country (23.1%), statistically tied with Catholics (23.0%) and just above evangelical Christians (22.5%). 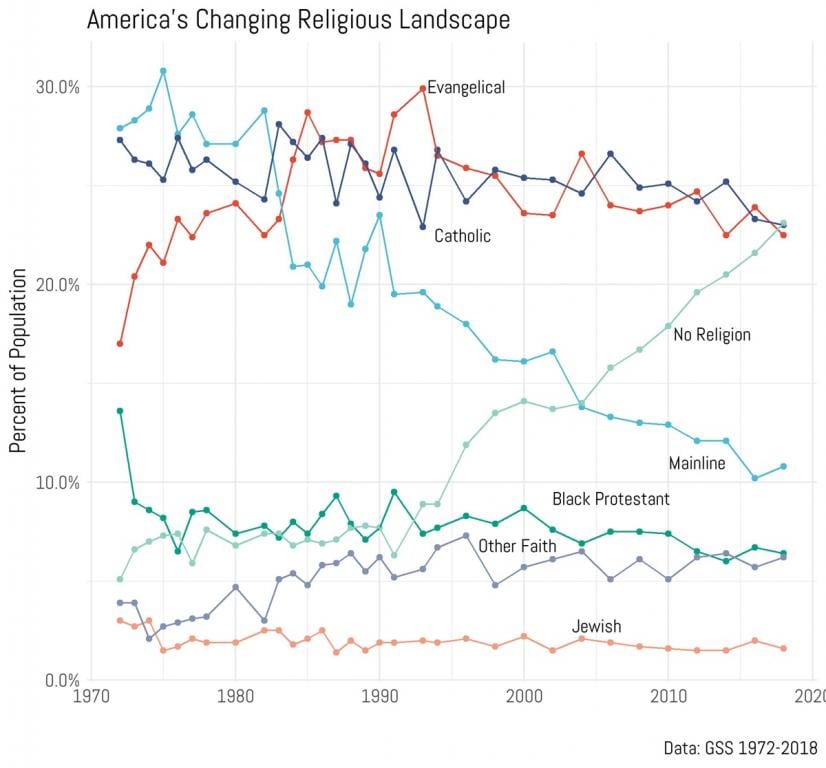 While the single data point may not tell you much, look at those trend lines. “No religion” just keeps getting higher and higher, apparently pulling people from mainline Christian denominations and maybe some evangelicals, too. 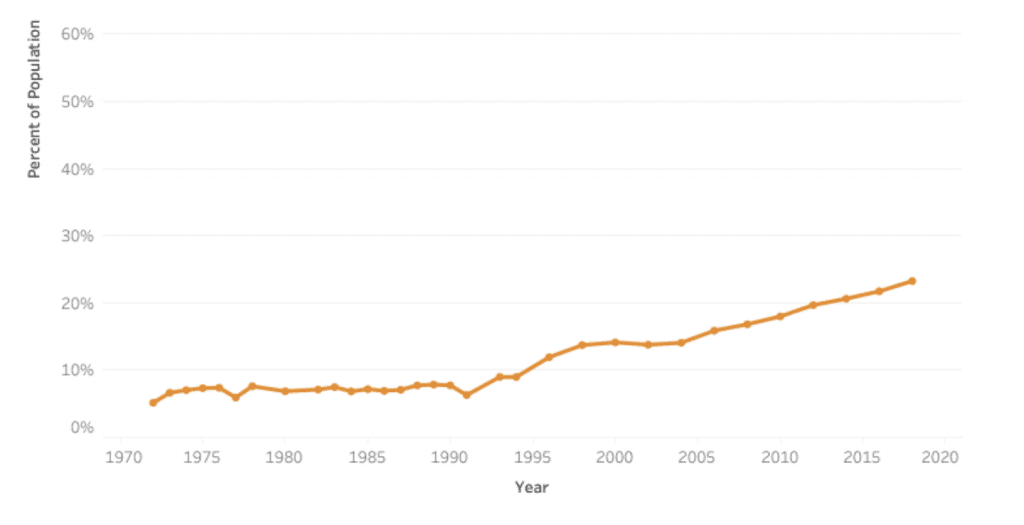 According to Professor Ryan P. Burge of Eastern Illinois University, this trend shows no sign of slowing down.

The unaffiliated have had a much more dramatic trajectory, starting at just 1 in 20 of GSS respondents back in 1972. The nones experienced big jumps in 1993 and 1998, and have added, on average, 1-1.5 percentage points every 2 years for the last 10 years.

Their continued growth has been well-documented and at this point, expected. The big finding in 2018 is that those of “no religion” are now as common as evangelicals in the US, both about 23 percent of the population.

The difference between these groups is not statistically significant at this point; but I see no reason to think that the nones will level off anytime soon. If the nones maintain their growth while evangelicals stagnate, it is statistically inevitable that those of no religious faith will be the largest group in America in the next five years.

Given that the two largest religious denominations in the country — Catholics and Southern Baptists — are facing sexual abuse scandals that could go on for years to come, I wouldn’t be surprised if people who still believe in God leave those denominations altogether.

The next step has to be figuring out how to convert more of those “Nones” into a voting bloc that cares about issues like church/state separation and civil rights. Having more of us makes no difference if conservative evangelicals punch above their weight at the ballot box.

You can see the full data set and play around with the information right here. 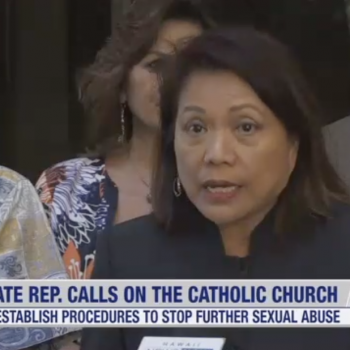