The State Senate is working on a resolution that would urge the attorney general to “conduct a statewide investigation of sexual abuse of minors.” It’s a smart idea and many other attorneys general have already begun conducting similar investigations. Excellent!

It won’t surprise you to learn that a local Diocese hates the idea.

The Diocese of Honolulu opposes the resolution. In lengthy testimony to a Senate committee, Honolulu Bishop Larry Silva wrote that the draft was “premised on the awful canard and libel that the Diocese is some kind of criminal enterprise bent on destroying the very people she strives to serve.”

Yep. Silva nailed it. The Church is a criminal enterprise and it deserves to be investigated as such. Glad he’s on board.

But the State House is going off the rails. House Concurrent Resolution 69, if passed, would urge the Catholic Church to “explore the widespread adoption of… the ordination of certain qualified married men.” 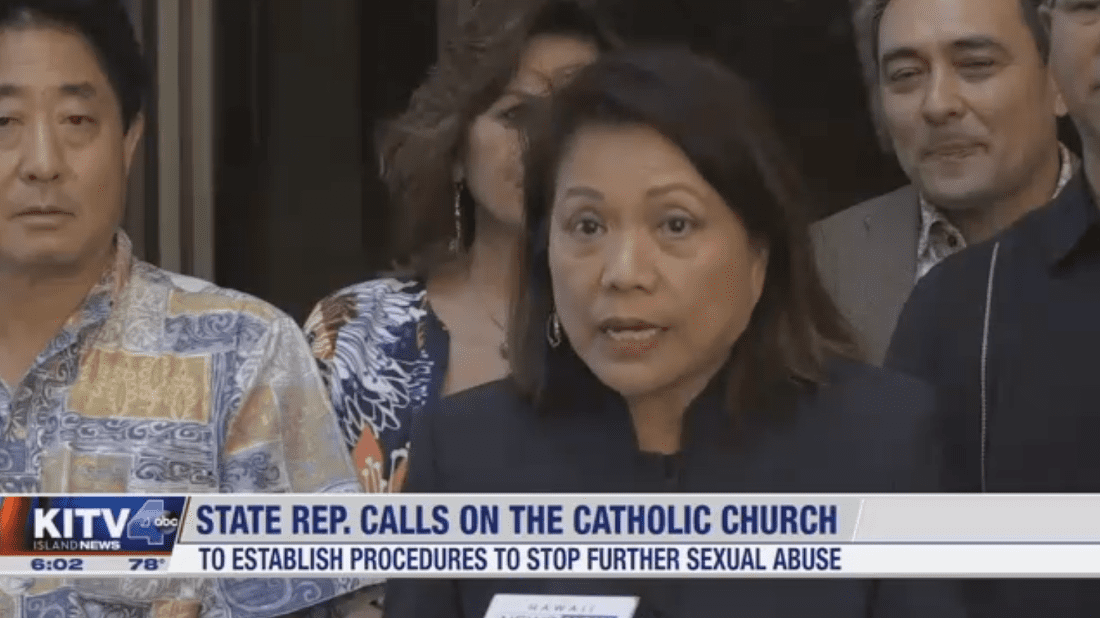 Setting aside the bizarre idea of the Hawaii government — any government — urging a church to change its doctrine, the underlying implication by sponsor State Rep. Rida Cabanilla Arakawa (above) is that the Catholic Church needs married men because all those single gay priests keep molesting kids. It suggests the blame lies with sexual orientation — which is not the root cause of the problem — instead of on the character of the priests themselves. That’s what Pope Francis said, anyway. (And if that’s not the case, why not encourage the Church to allow married women to be priests, too?)

It’s only a resolution. It’s not like the Church has to obey. But it’s still a gross violation of what the government should be spending its time doing.

The State House Judiciary Committee will hold a hearing on this resolution today, and the only reasonable response for members should be to say, “It’s not our job to tell religious organizations how to worship.” The government has every right to dig into whether the Catholic Church broke the law, but telling them who they ought to ordain makes as much sense as saying the Church should stop pretending a consecrated communion wafer is literally Jesus.

They should absolutely do it… but not because the government tells them to.

(Thanks to Holly for the link) 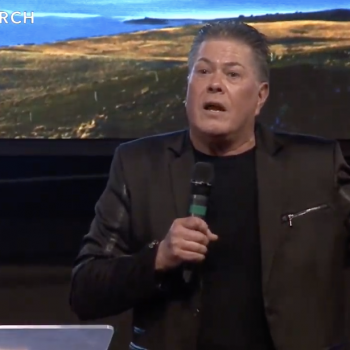 March 22, 2019
NZ Preacher: Islamic Prayer for Terror Victims is "Offensive to All Christians"
Next Post 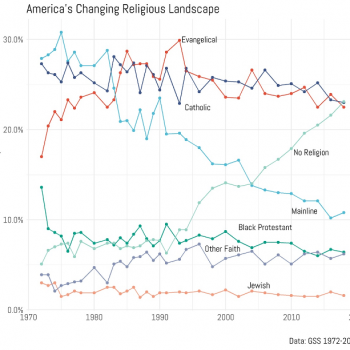