Todd Starnes on IL Pro-LGBTQ Bill: “Where Are the Heterosexual History Classes?”

Illinois is on the verge of passing HB 246, a bill that would require the teaching of U.S. history to “include a study of the roles and contributions of lesbian, gay, bisexual, and transgender people in the history of this country and this State.”

It’s a perfectly sensible idea. You’d be doing students a disservice by ignoring people like Harvey Milk, Alan Turing, or Bayard Rustin — and the reality is that their sexual orientation led to them being left out of some textbooks and recollections of their eras. (Even today, the New York Times is trying to make up for its historical focus on white men by writing obituaries for women, people of color, and LGBTQ people who influenced history but didn’t get the attention they deserved back in their days.)

To be clear, the Illinois bill wouldn’t require teachers to say, “Let’s talk about what Harvey Milk did in the bedroom.” It simply says the state’s textbooks must be “non-discriminatory” in a way that doesn’t exclude LGBTQ people, just as public school teachers must include their “roles and contributions” in the classroom.

Many Republicans, of course, are treating this as a bill that teaches homosexual kama sutra to kindergartners.

“Here’s what parents in my district said, ‘How or why is a historical figures’ sexuality or gender self -identification even relevant? Especially. when we’re talking about kindergarten and elementary school history,'” state Rep. Tom Morrison (R) said, according to NPR.

It’s not relevant. That’s the whole point. Those figures have all too frequently been erased from history because of their orientation; this is a chance to right those wrongs. The teachers aren’t talking about the figures’ sex lives for the same reason they don’t go into the detailed sexual histories of our presidents.

“We think all students are better off when we teach them the full breadth of history,” Brian Johnson, the CEO of the LGBT organization Equality Illinois, said of the bill last year. “It makes them more likely to understand that a diverse cast has contributed to our society.“

Clearly, the only people against this bill are people who think LGBTQ people shouldn’t have equal rights in general.

But the worst take so far comes from the King of Bad Takes, FOX News’ Todd Starnes. During an interview with GOP State Rep. Darren Bailey yesterday, Starnes, apoplectic over the bill, argued that it somehow gave special treatment to LGBTQ people.

STARNES: … I’m confused here why the boys and girls need to learn about people simply because of… who they go to bed with. I mean, that’s really what this is about. I mean, we’re talking about highlighting people based on their sexuality. I mean, where are the heterosexual history classes, I mean, if you’re going to go down that path?

Damn near all of U.S. history is heterosexual history. Yet when we’re talking about straight people, there’s no concern that teachers are going to be describing sexual positions. That’s because their orientation isn’t the point.

This bill helps rectify the historical whitewashing of LGBTQ people by reminding students that our country wasn’t just shaped by white men. Just as highlighting the contributions of African Americans during Black History Month isn’t saying only they matter, this bill gives students a chance to learn about those whose contributions have been unfairly downplayed.

Starnes also complained because “at some point, you’re going to have to explain to the four- and five-year-olds what a lesbian is, what a bisexual person is, what a transgender person is.”

1) No, you don’t. You can say, “Jane Doe fought against the Confederates during the Civil War” without bringing her orientation into it. The bill is fighting against the tradition of keeping Jane Doe out of the textbooks because she might be LGBTQ.

2) Why would that be hard to explain to a four-year-old? “Some boys like boys.” There. I did it. Look at me. Teacher of the Year. (I doubt students who still haven’t learned their own basic anatomy would be expected to know what it means to be trans.)

Bailey, naturally, agreed with Starnes that this bill was somehow overstepping the bounds of what a schoolteacher ought to do. That’s what happens when your dedication to ignorance is what gets you to Springfield.

The good news is that the bill looks like it will pass in the Democratically controlled legislature. Bailey’s bigotry won’t be enough to continue erasing LGBTQ contributions out of our history. 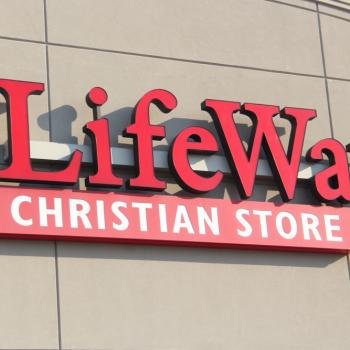