Self-Proclaimed Christian “Prophet”: God Threatened Me, So I Stopped a Tornado

Simple question for Christian “prophets” who claim to have the power to control tornadoes: Why aren’t you stopping the ones that end up devastating towns and killing people? It’s like saying you have the power to heal diseases, but only for the people who pay money for your live events. Shady…

That claim was made yesterday by “seasoned prophet of God” Bobby Connor, who said on The Jim Bakker Show that he once stopped a tornado cold.

“And so, here’s what happened,” Connor said. “The Lord said, ‘Bobby, if you don’t get up and rebuke his tornado, I’m going to send a tornado, blow the building away, hurt a lot of people and hold you responsible’ … So I got up and prophesied to the winds and you can [see] it, it’s in the film on the Weather Channel. When the prayer goes up to bind the tornado, the tornado is coming down like that, it stops in midair, reverses its rotation, goes up back up. The world record people said that it had [only] happened one other time in human history.”

“Isn’t that amazing?” he said.

It is amazing. Very amazing. I’m especially amazed that God, doing his best Mafia Boss impersonation, threatened to “hurt a lot of people” unless Connor rebuked God’s creation… and said Connor would be blamed for God’s attack if he didn’t obey.

Again, if Connor has this power, there are probably a bunch of people in Alabama who would love to talk to him right now since their own prayers were apparently useless this week.

By the way, Connor also told this bananas story involving a graphic injury, bodily organs falling out of him, and a miracle cure involving… salt. And kerosene. Really. Even Jim Bakker couldn’t believe it — and that guy will believe anything if you say God had a hand in it. 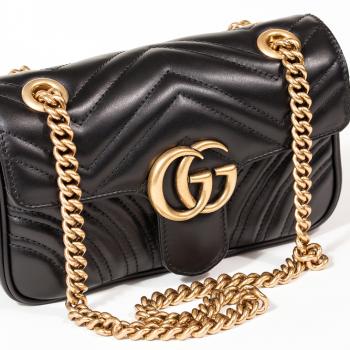 March 21, 2019
Leaders of a Racist Cult Stole $5.3 Million in Church Donations
Next Post 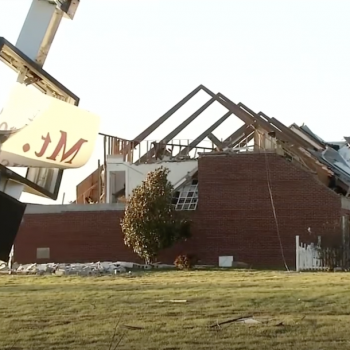 March 21, 2019 A Tornado Tore the Roof Off a KY Christian School As Kids Sang "Jesus Loves Me"
Browse Our Archives
What Are Your Thoughts?leave a comment