For some reason, the office of Circuit Attorney Kimberly Gardner at the Carnahan Courthouse in St. Louis, Missouri displays a Bible verse prominently outside: “Justice, and Only Justice, You Shall Pursue…” (Deuteronomy 16:20). 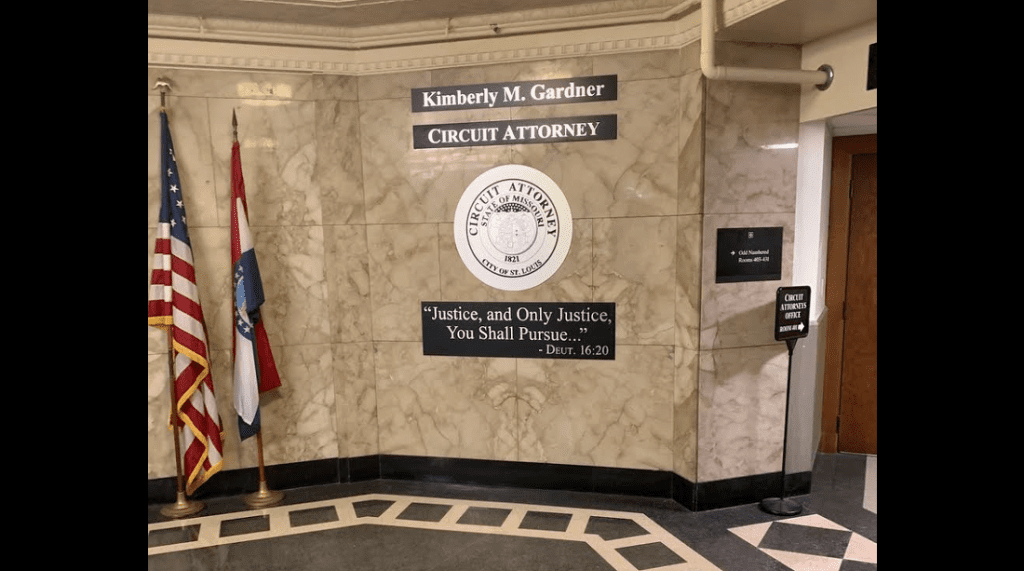 The simple explanation here is that she liked that sentiment about the importance of justice. But by posting a Bible verse, she inadvertently sends the message that Christianity takes precedence in the courtroom. What is a Muslim or atheist supposed to think upon walking inside?

It’s also disturbing she picked Deuteronomy of all the books, since that’s the book that says an unmarried woman must marry her rapist and that infidels must be murdered.

That’s not the kind of “justice” we ought to be celebrating.

Maybe Gardner should’ve at least read a couple of lines later, since Deuteronomy 16:22 would’ve told her, “You shall not set up for yourself a sacred pillar which the Lord your God hates.”

In any case, the Freedom From Religion Foundation is urging her to remove the sign, in part because the courts have already said stand-alone religious displays have no business on government property even if the reason behind it is ostensibly secular — like a Ten Commandments monument erected as an homage to lawgiving.

Federal courts have also consistently upheld restrictions on religious displays on government property. The 9th U.S. Circuit Court of Appeals has stated that the “government has a greater interest in controlling what materials are posted on its property than it does in controlling the speech of the people who work for it.” The 5th Circuit has likewise held that religious displays on government property impermissibly endorse religion.

“The display of such a verse in a circuit attorney’s office is inappropriate on several levels,” says FFRF Co-President Annie Laurie Gaylor. “We don’t need Old Testament notions of justice to be adorning official spaces.”

Whether Gardner covers up the sign until it can be replaced remains to be seen. But the message she’s sending is very clear: If you don’t believe in the Bible, this is not a courtroom where you’re going to find justice.

(Correction: Gardner is a circuit attorney, not a judge as I wrote earlier. I have corrected this in the piece)